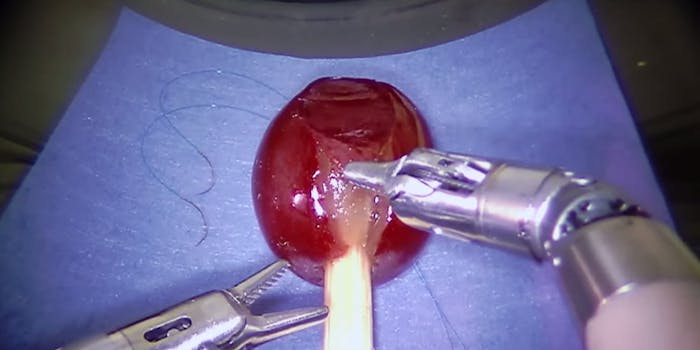 But put your robot-surgery nightmares on hold.

We’re not sure if this video makes us more or less scared of the concept of robot surgery, but it’s certainly cool to watch.

The da Vinci Single-Site system is designed to perform tiny, delicate surgical operations using its articulated claws. This video proves that the device is so efficient, it can be used to sew a patch of skin onto a grape without leaving any damage.

It’s easy to characterize the da Vinci as a “robot,” but it’s actually a robotic platform operated by a surgeon, allowing them to do the kind of fiddly detail work that’s difficult to perform by hand. So you shouldn’t get too worried about robot surgery nightmares just yet.