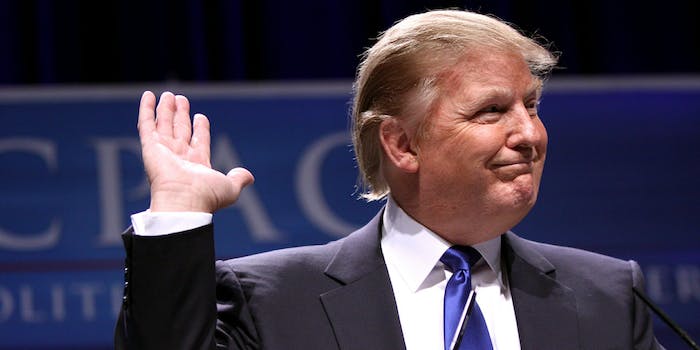 Robert Mueller, the special counsel appointed to investigate possible ties between Russia and President Donald Trump’s presidential campaign, is looking into a “broad range” of transactions involving Trump’s businesses and associates, according to Bloomberg.

Investigators are digging in: FBI investigators are reportedly looking at purchases by Russians at Trump buildings, the president’s involvement in a development in Manhattan with Russian associates, the 2013 Miss Universe pageant in Moscow, and Trump’s sale of a mansion in Florida to a Russian oligarch, Bloomberg reported.

Trump dodged answering questions about this: In a wide-ranging interview with the New York Times released on Wednesday, Trump said he didn’t think Mueller had the right to look into his business transactions, calling it a “violation.” He didn’t specifically say if he would fire Mueller if he did so, however.

“Those transactions are in my view well beyond the mandate of the special counsel; are unrelated to the election of 2016 or any alleged collusion between the Trump campaign and Russia; and most importantly, are well beyond any statute of limitation imposed by the United States Code,” Dowd said.

Other people are also reportedly involved: Investigators are reportedly looking at Jared Kushner, the president’s son-in-law, and his efforts to secure financing for family properties, the website reported.