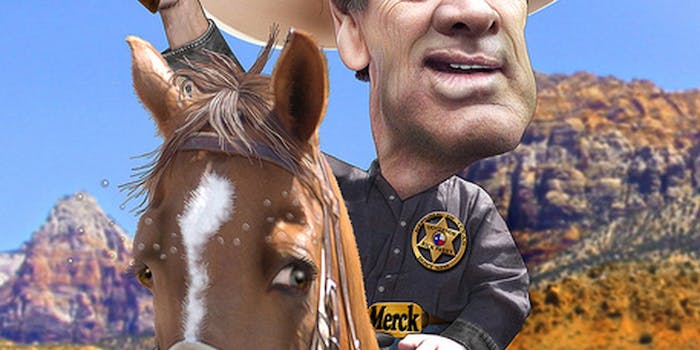 Now you can be the proud owner of RickPerry.com.

In 40 more days, the domain will redirect or display whatever you want—to the tune of $50,000.

Shortly after the Web address gained media attention, the site went up for auction on GoDaddy.com. According to the site’s search-engine statistics, the site boasts 65 incoming Yahoo! links and one incoming Google link.

The auction has yet to receive any bids and has only been viewed 79 times.

Quite frankly, the Texas governor has far bigger image-control issues. His recent “Strong” advertisement is quickly becoming the most unpopular presidential campaign video on YouTube ever, with 141,759 dislikes, nearly a third of which came in overnight. Some users have even flagged the video as “hateful content,” due to Perry’s remarks on gays serving in the military.

Given the potential negative impact the video could have on Perry’s already lackluster campaign, $50,000 seems like a steep price to pay. I’m expecting a clearance sale for the domain in the next few weeks.