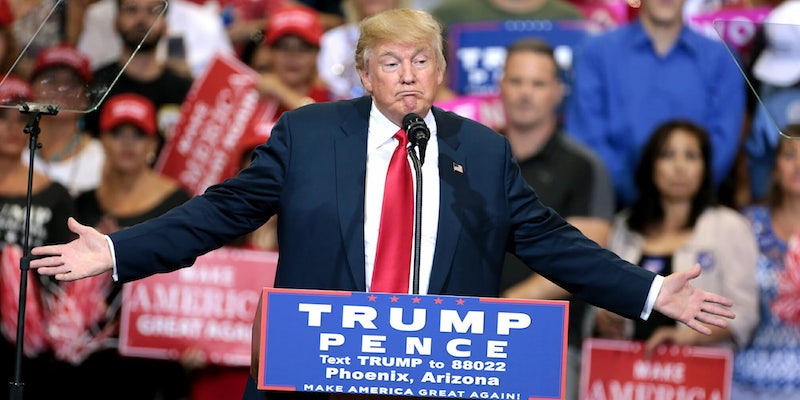 Republicans are ready to go to war against the FBI

The Inspector General report only fueled the flames.

The long-awaited release of the FBI’s Inspector General report was either a smoking gun that revealed a den of corruption inside the government or … nothing much at all.

But Republicans this weekend made it clear that nothing in it will let the FBI off the hook.

While the report claimed that the FBI mostly acted appropriately, on FOX News Sunday yesterday morning, Rep. Trey Gowdy (R-S.C.) said he planned to use his “full arsenal” to go get everything he wants from the bureau and the Justice Department, as he investigates the agencies’ bias against President Donald Trump.

“We had a meeting Friday night Paul Ryan led this meeting, we had Devin Nunes, Bob Goodlatte, everyone you can think of from the FBI and DOJ and we went item by item,” Gowdy said. “Paul made it very clear, there is going to be action on the floor of the House if the FBI and DOJ do not comply with our subpoena requests.”

He then issued a threat.

“Rod Rosenstein, Chris Wray, you were in the meeting, you understood him, we’re going to get compliance, or the House of Representatives is going to use its full arsenal of constitutional weapons to gain compliance,” Gowdy continued.

.@TGowdySC tells Chris there will be action on the floor of the House if DOJ and FBI do not comply with subpoena request.
Watch the full interview 2PM & 7PM ET @FoxNews pic.twitter.com/N74dEVWxg0

Rep. Devin Nunes (R-Calif.), who has been a leading proponent of many FBI conspiracies, said there would be “hell to pay” if top officials did not comply with his demands.

“We can’t force the resignation, but we can hold in contempt, we can pass resolutions, we can impeach. I think we’re getting close to there,” Nunes said on Fox.

Rod Rosenstein, the deputy attorney general, has also spent the past week on the receiving end of impeachment threats by another coalition of far-right Republicans.

That coalition, along with other leading Republicans, has been furious with the FBI ever since it was revealed that they had a confidential informant who spoke with members of the Trump campaign, a sign in their minds that the agency was conspiring to keep Trump out of office.

The FBI and DOJ have been fighting Congress’s request for information on the informant.

But Nunes, Gowdy, and others’ fight against the FBI—which had gasoline poured on it with the release of the IG report—got further inflamed yesterday when the Washington Post revealed that longtime Trump advisor and confidante Roger Stone may have lied about contacts with a Russian operative offering dirt on then-candidate Hillary Clinton in 2016.

One day in late May 2016, Roger Stone — the political dark sorcerer and longtime confidant of Donald Trump — slipped into his Jaguar and headed out to meet a man with a “Make America Great Again” hat and a viscous Russian accent.

The man, who called himself Henry Greenberg, offered damaging information about Hillary Clinton, Trump’s presumptive Democratic opponent in the upcoming presidential election, according to Stone, who spoke about the previously unreported incident in interviews with The Washington Post. Greenberg, who did not reveal the information he claimed to possess, wanted Trump to pay $2 million for the political dirt, Stone said.

Stone did not reveal the contact when he spoke with congressional investigators, but he—and by extension supporters of the president—believe it was another elaborate set up to frame the president for Russian collusion.

Stone and Caputo, who did not previously disclose the meeting to congressional investigators, now say they believe they were the targets of a setup by U.S. law enforcement officials hostile to Trump.

They cite records—independently examined by The Post — showing that the man who approached Stone is actually a Russian national who has claimed to work as an FBI informant.

The president, who has long believed there was a Deep State collaboration to keep him from winning the presidency (which he won), railed over the weekend about the numerous issues he took with the FBI and DOJ, painting an elaborate web of connections all aimed against him.

“The highest level of bias I’ve ever witnessed in any law enforcement officer.” Trey Gowdy on the FBI’s own, Peter Strzok. Also remember that they all worked for Slippery James Comey and that Comey is best friends with Robert Mueller. A really sick deal, isn’t it?

“The highest level of bias I’ve ever witnessed in any law enforcement officer.” Trey Gowdy on the FBI’s own, Peter Strzok. Also remember that they all worked for Slippery James Comey and that Comey is best friends with Robert Mueller. A really sick deal, isn’t it?

Should make for an interesting week.