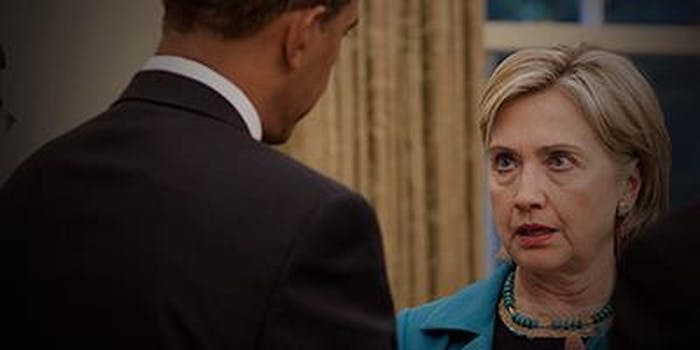 There was a time when Republicans, fearful of alienating women of all races and ages, wouldn’t touch the political powerhouse that is Hillary Clinton. Even as recently as last fall, Mitt Romney scrapped an ad that attacked the former secretary of state for her role in the Benghazi attack.

Those days are over and, as Politico reported, Republican legislators mentioned Clinton time and time again during this week’s Congressional hearing on the Benghazi attack—32 times according to one blogger. And now, for perhaps the first time, the Grand Old Party is coming out swinging at Clinton on social media.

On Thursday, the Republican party launched an image on Facebook of Clinton and President Barack Obama with the caption: “Tell the White House: We want answers on Benghazi.” Since the president is turned away from the photographer, it’s obvious that Clinton is the target of the ad, which gained more than 28,000 likes, 5,000 shares, and some 3,400 comments in under 12 hours. 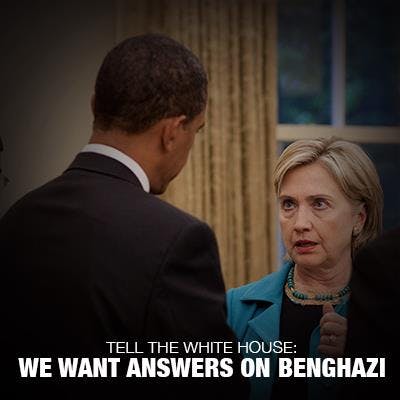 The post marks the first time Republicans have posted an anti-Clinton image on its Facebook wall. In the dozens of images posted by the party in recent years, Anthony Weiner, Nancy Pelosi, and Harry Reid have all been targets, but never the more popular Clinton.

The tide may be turning on Twitter as well. Although the former secretary of state has been mentioned before by @GOP, it’s rarely been in a negative light. In fact, last September, Republicans implied that Clinton was more patriotic by meeting with world leaders while Obama was appearing on The View. That’s changed in the last few weeks as “Clinton” and “Benghazi” become more common on the @GOP feed.

So why do the Republicans keep bringing up the Sept. 11, 2012 attack on the United State’s diplomatic mission in Libya? One reason might be they’re already gearing up for 2016 and its likely Democratic contender, Hillary Clinton.

It’s perhaps another example that the 2016 race is already brewing in Washington and online.