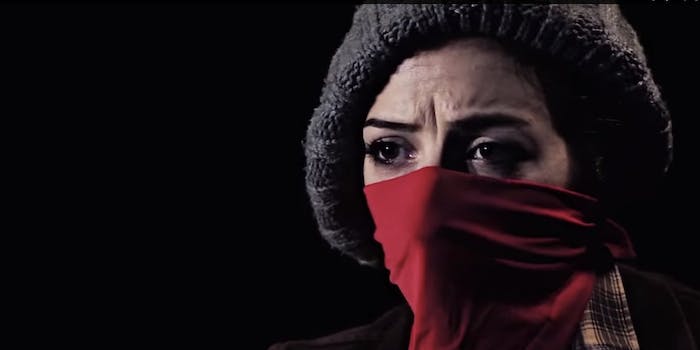 The trees were the lifeblood of the local villagers.

Turkey’s Energy Ministry responded over the weekend to allegations that RedHack hacktivists had breached a public electricity company and written off debt in the amount of 1.5 million Turkish liras (roughly $670,000) during an environmental protest.

Last week, RedHack claimed to have stolen passwords to the Turkish Electricity Transmission Corporation (Teia?), writing off the debt in response to actions taken against villagers in the Aegean town of Y?rca.

Under the protection of a private security, the Kolin Group, one of Turkey’s biggest conglomerates with close ties to the country’s government, destroyed around 6,000 olive trees in order to build a power plant. The trees were seen as a the lifeblood of the approximately 400 Y?rca villagers. Some of the trees, they said, were 85 to 100 years old.

According to Al-Monitor, the Kolin Group uprooted the trees despite continuing debate in the courts over the land and a 52-day protest at the site.

“The Council of State decided 10 hours later that the company should stop all activities at our grove, but it was already too late,” the head of the Y?rca villagers said. “The trees are gone, and we are now waiting for the final decision of the court before making up our minds as to what we can or cannot do next.”

Two days after the destruction of their olive grove, the villagers planted about 100-110 trees. While sobbing, one of the villagers told a reporter: “It takes at least 20 years to get good production from olive trees.”

The olive grove protected many in the town from being forced into much harsher and dangerous work. Last May, an explosion at a coal mine not far from Y?rca killed 301 miners. “Some of us may end up going to bed hungry at night, but we won’t go underground to work in the mines risking of our lives,” the head villager told Al-Monitor.

After breaching the Teia? electricity company last week, RedHack tweeted: “We dedicate this action to the villagers of Y?rca, to those who resist in Valideba?, and to those who know that there are things more important than money and status in this life.”

“Our system doesn’t allow a bill to be deleted permanently,” Turkey’s Energy Ministry said in a statement denying the claims. The debt erased by RedHack, the government said, had already been collected three weeks prior.

“They always give an impression that it didn’t hurt,” a spokesperson for RedHack told the Daily Dot on Monday. “Their system was messed up, and passwords were made public, and people have deleted numerous files and bills and changed details on the system. Our main aim was to prove to them that their system can be compromised and they are not untouchable.”

As evidence of the breach, the group provided the following video on Nov. 14:

Established in 1997, RedHack is one of the oldest political hacker groups in the world. They’re far more organized and less prone to issuing false statements than other collectives such as Anonymous. They have, however, relied on misdirection in the past to help Turkish activists. When authorities announced an investigation last year into the some 5 million anti-government messages tweeted during the so-called Taksim Gezi Park protests, RedHack hurried to shift the blame from the protesters onto themselves.

“The AKP [Justice and Development Party] is going to conduct an investigation. We have posted all tweets and hacked thousands of people’s computers. Don’t take on the innocent ones, we are here,” Redhack tweeted. “All accounts that retweet Redhack, write about Redhack, or organize the resistance, were hacked by us.”

Turkish protesters responded to RedHack’s message with the hashtag: #redhacktaraf?ndanhacklendik (we were hacked by RedHack).