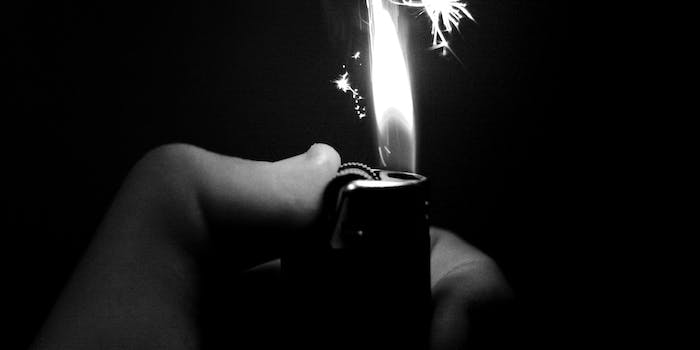 How a weird yellow lighter became an $11,000 eBay lust object

It’s a standard yellow Bic lighter, sold in a six-pack on Amazon for about eight bucks. So why is this one worth $11,000?

It’s a standard yellow Bic lighter, sold in a six-pack on Amazon for about eight bucks. So why is this one worth $11,000?

This rags-to-riches story began late Sunday evening when Reddit user sirderpenson discovered that the ink from a busted pen in his pocket had done something odd to his cigarette lighter. Instead of producing an orange flame, it now produced a half-invisible blue one. 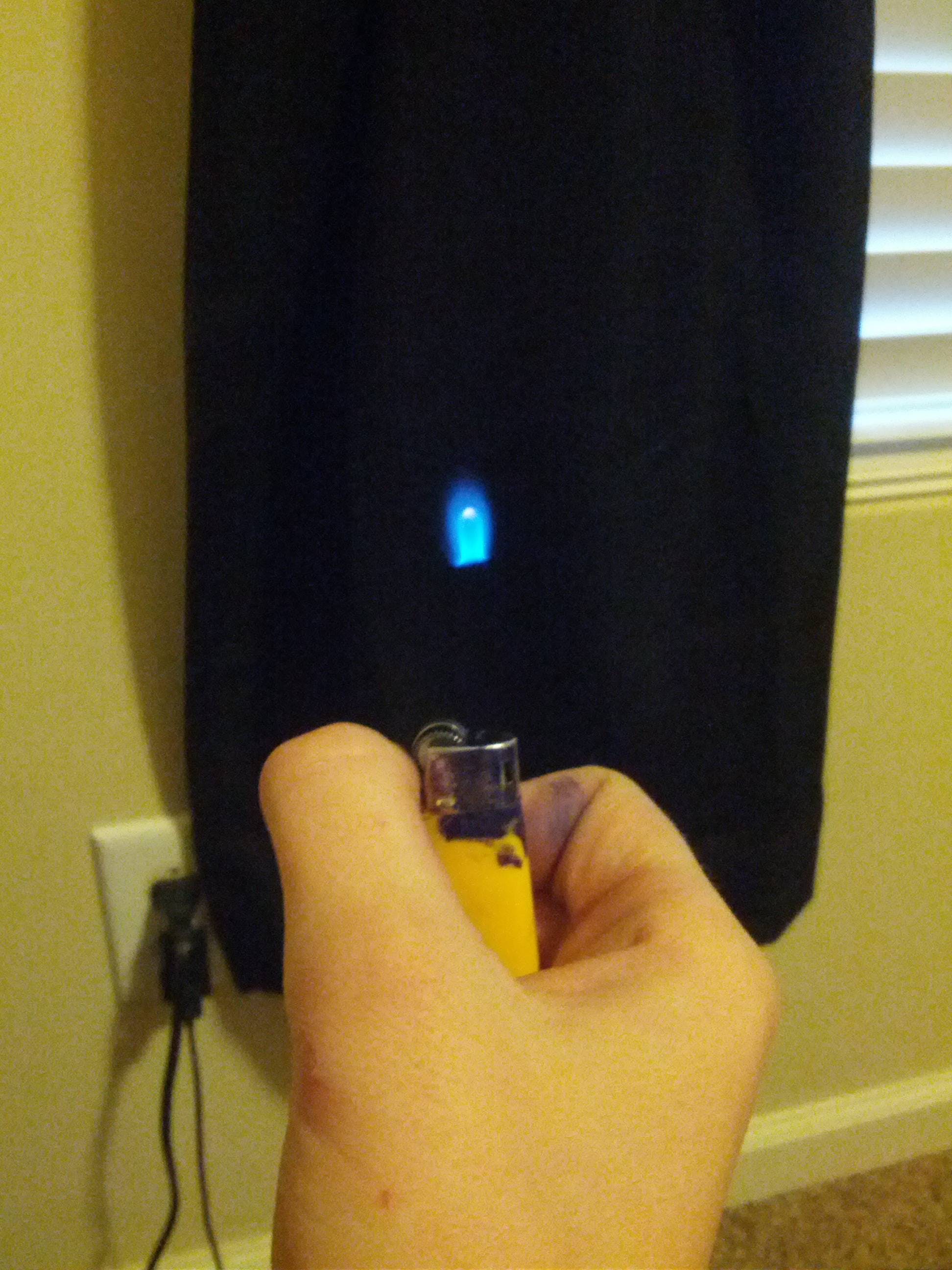 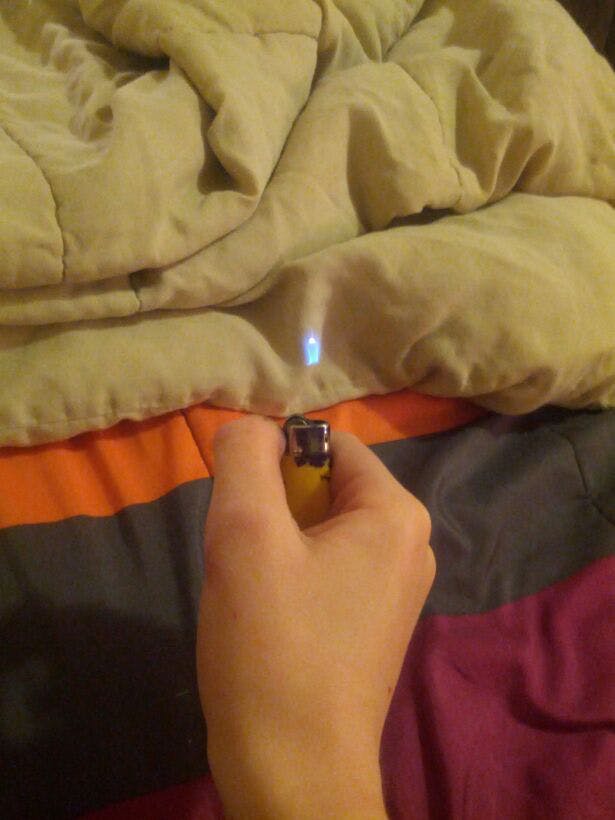 Sirderpenson posted the photos on Reddit’s r/mildlyinteresting forum, a place for this little things in life that make you smile but aren’t all that earth-shattering. This post, however, turned into something bigger.

After seeing the community leave hundreds of comments in excitement, sirderpenson put the lighter up for sale on eBay. 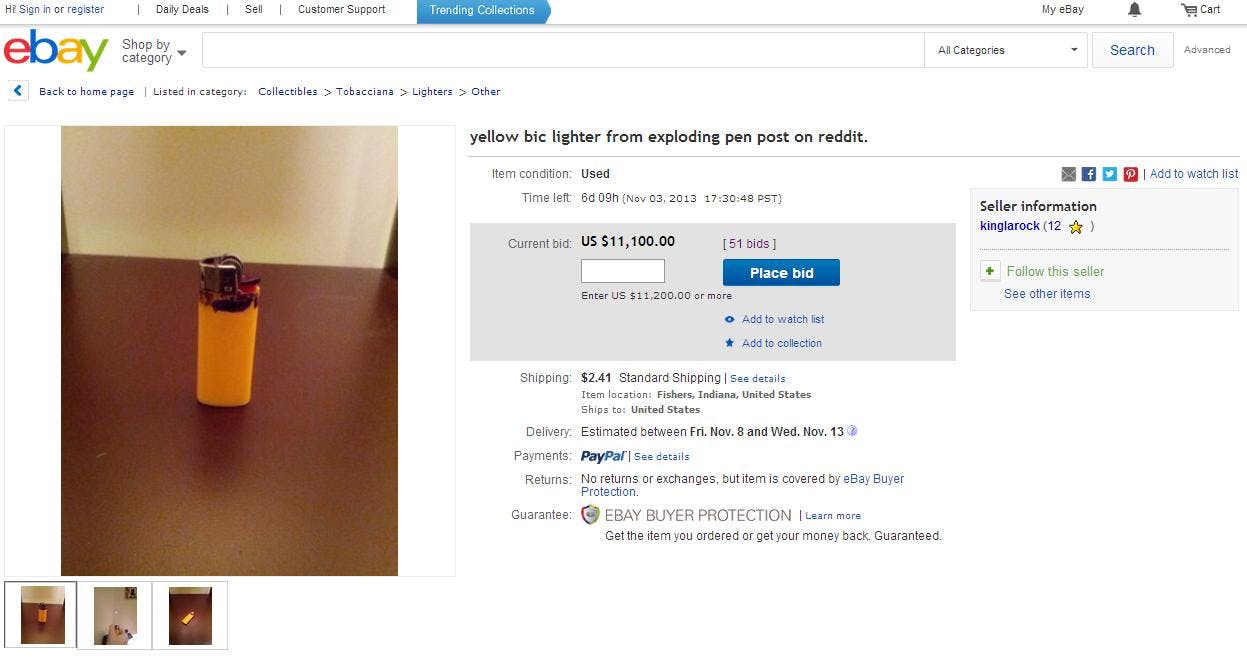 “OP [original poster], you turned your Internet points into real life money with your floating lighter,” xexetops commented. “I really think you are a magician.”

A closer look at the bids reveals that most of the eBay accounts have no purchase history—a sign that they’re fake. One redditor also believes 4chan may be behind the auction manipulation. 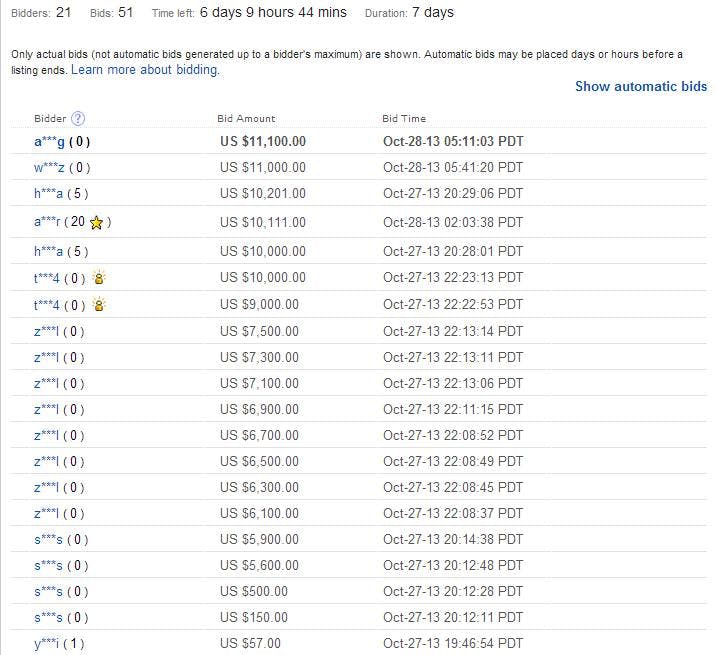 And as it turns out, the invisible blue flame may not be as special after all. Because the ink partially obstructed the lighter nozzle, more pressure is exerted on the flame. This ultimately affects how the oxygen mixes with the butane, creating the blue color.

The owner of the lighter, student Colin Adair, provided us with more details:

The lighter was a mini yellow Bic lighter that was in a junk drawer in my bedroom, I was carrying it around with me along with a Fisher space pen in my pocket. I thought I felt something wet on my leg than I reached into my pocket and felt the ink encasing the lighter, the next day I decided to test the lighter and that happened I honestly have no idea why the lighter does this. I never really got any attention on reddit so this was very surprising to get all of this. I’d be plenty happy to not get any money from the lighter because of all the attention I recieved. I decided to put the lighter up for auction just for fun and when I said all of the proceeds were going towards Reddit that is when the bids began to roll in. I do suspect 4chan is trolling me which is unfortunate because I’d love to give back to the Reddit community.