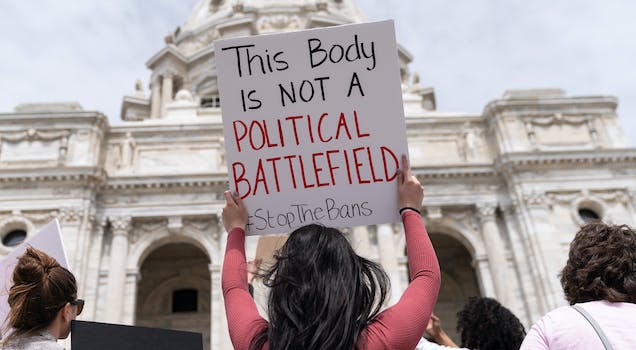 'Every man and woman who is outraged by this insulting and sickening advance in tyranny should stand up and walk out.'

The leaked Roe v. Wade draft decision has reignited a debate about striking on the popular r/antiwork subreddit. A post about a Roe general strike has garnered 8,000 upvotes and over 900 comments, with some users trying to organize a strike or protest and others arguing against the idea.

The post, from user u/Ceeweedsoop, calls for redditors to organize and schedule a general strike to protest the potential upcoming Roe v. Wade repeal. The post attracted widespread attention in the hours after it went up.

“Every man and woman who is outraged by this insulting and sickening advance in tyranny should stand up and walk out,” the post said. “Our unity is our only hope and defense. If we don’t take to the streets now we can be certain that if forced birth becomes law many more injustices and indignities will not be far behind. It will be a direct assault on the working class and have no impact on the wealthy. We have to do this together. We’re all we’ve got left.”

But a mod for the group, u/Synerco, pinned a comment to the post calling general strikes organized online “unproductive.”

“The planned overturning of Roe vs Wade is a judicial atrocity, and I’m well familiar with the impulse to do something, anything, to prevent it,” the comment said. “However, we can’t let our justified rage impede us from strategizing with a clear mind.”

Other users were mixed on the calls to protest. In a series of comments centering around local organizing versus a general strike, one user pointed out the hypocrisy in some redditors’ statements.

“Yall need to stop calling for ‘general strikes’ on reddit and actually work with local orgs. A general strike is not something that just happens,” u/DuceGiharm wrote. “Join DSA, CPUSA, PSL, a union, an anarchist mutual aid group, a jail abolition organization. Anything. Get organized.”

Other redditors are suggesting a strike that starts on Mother Day, which is Sunday, May 8. Some users disagreed, arguing the strike should start on a Monday for maximum financial effect.

“If a strike begins on a Sunday, such as has been suggested, that means it STARTS on that day,” u/wanderingmanimal wrote. “It doesn’t END on that day – it can take several days or weeks or months. It is not convenient to strike, sorry. Just have to put that out there since people are saying, ‘but that’s on Sunday, we should do it on a Monday’ – I mean, do they think that it’s one day and we win? Come on.”

Antiwork exploded over the Great Resignation, gaining 900,000 subscribers in 2021 alone. The subbreddit was originally a place for leftist anti-work ideology, but soon became a broader tent for left-wing discussions of workplace activism and labor rights. The subreddit has been involved in several strike movements, some more successful than others. Antiwork has led boycotts of Black Friday and actions against various brands. The most notable organizing from the subreddit was in December of last year, when users sent in fake applications to Kellogg’s after it laid off 1,400 striking employees.