Here’s good news for anyone suffering proximity to the sort of language pedant who identifies, without irony, as a “grammar Nazi”: Real Nazis just swore allegiance to their all-important cause.

In a tweet that has some questioning whether the American Nazi Party account is just unfortunate satire, at least one National Socialist has implored his fellow Jew-haters to please, for Hitler’s sake, write their fascist screeds according to the accepted rules of English.

It really isn’t that difficult to use correct spelling and grammar. Be professional and disciplined in everything that you do for the cause.

This hasn’t stopped people from using the lamentable #grammarnazi hashtag, of course, nor did it inspire second thoughts in those who—often just because they know the difference between “your” and “you’re”—have pinned the description to their bio like a badge of honor. 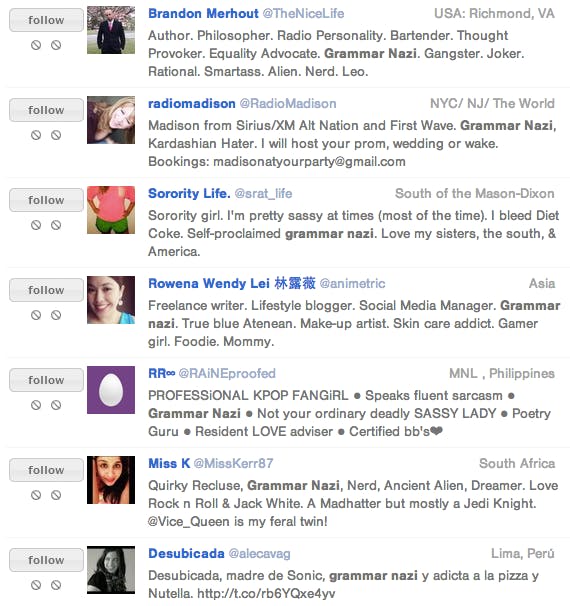 A semi-official Grammar Nazi account, meanwhile, has yet to respond to the shocking revelation of common ground between the two Nazi factions, perhaps because there’s nothing defensible, clever, or remotely helpful about tying elementary punctuation to the worst atrocities of the 20th century. Assuming you want the half-literate masses to take your rebukes seriously, that is.