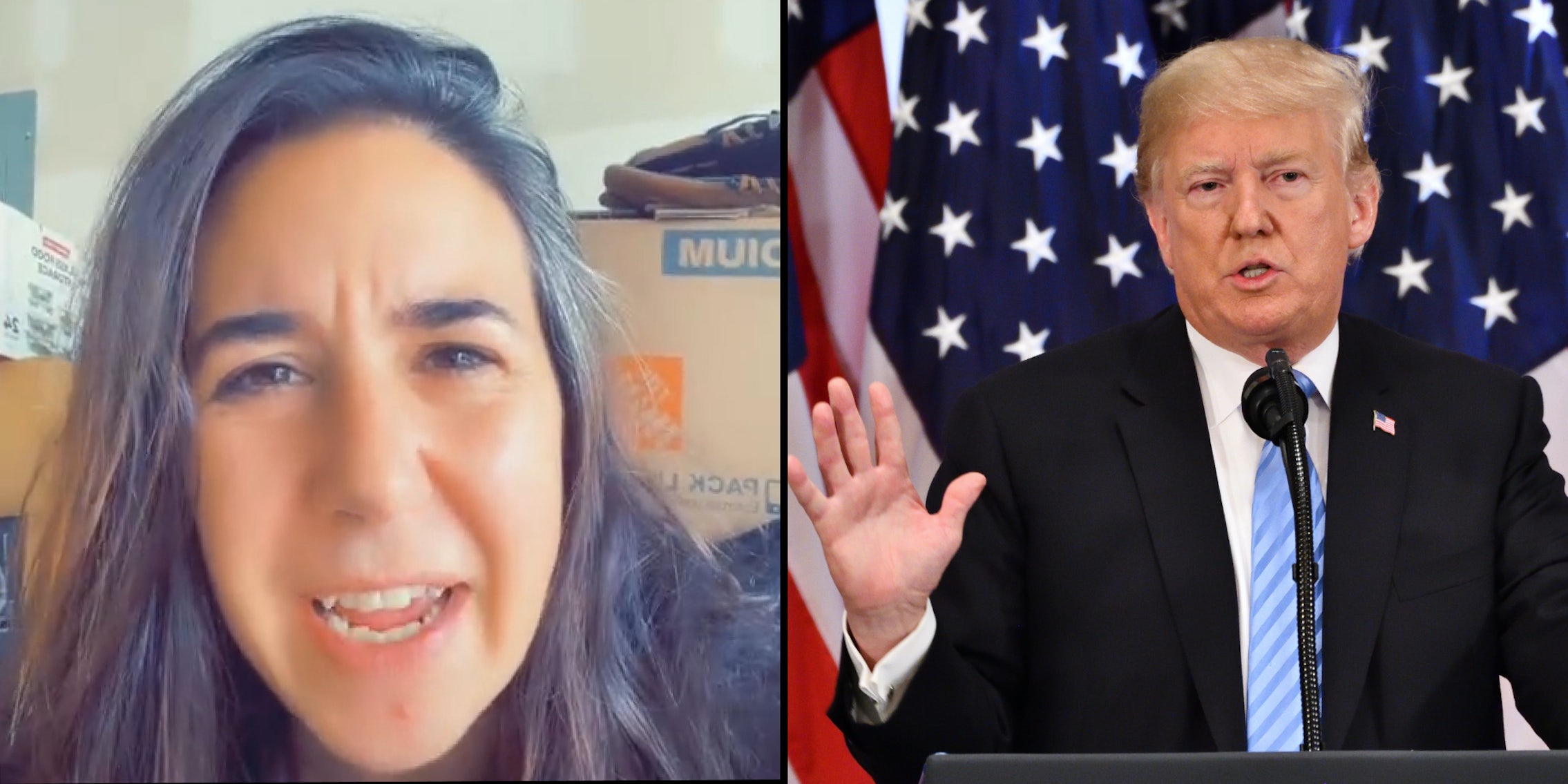 This QAnon influencer blasted a news website for criticizing Trump. Then, the story disappeared

A QAnon influencer recently complained about a right-wing website accurately reporting that former President Donald Trump keeps lying about the election being stolen.

So Tracy “Beanz” Diaz made a call. Shortly thereafter, she wrote victoriously that the site took down the article.

Diaz was one of the earliest proponents of the QAnon conspiracy theory about a cabal of Satan-worshippers who rape children and consume their flesh.

On Wednesday, a quote from the right-wing Real America’s Voice caught Diaz’s attention.

“The former president continues to spread the false conspiracy theory that he won the election,” Diaz wrote on Telegram, quoting an article on the site about Ivanka Trump testifying about the Capitol riot. She included a screenshot of the piece.

“Real America’s Voice is embarrassing with this,” Diaz wrote. “With ‘friends’ like these, who needs enemies?”

Her subscribers were scandalized that Real America’s Voice would report the truth about the 2020 election.

“I find it hard to believe that they would run that on purpose when War Room is broadcast on there, and that shows audience is a LOT of MAGA,” wrote one, referring to Steve Bannon’s show.

One of Diaz’s Telegram subscribers also posted a screenshot of part of the article, which is credited to a site admin.

Less than an hour later, Diaz said that Real America’s Voice had deleted the article.

“I contacted the folks over at Real America’s Voice and because they are patriots, it seems they’ve removed that column,” Diaz wrote. “Things happen. Good on them for reacting.”

She also encouraged her subscribers to give the outlet a second chance.

The story still appears in a Google search, but the link returns a 404 error. A partial archive remains here.

Diaz didn’t say whether she had anything to do with the outlet removing the piece.

Real America’s Voice is a conservative outlet billing itself as an “audience driven news platform.” It claims to be “dedicated to bringing our viewers truthful and accurate reporting” and to engage in “a thorough fact-checking process for all news.”

The rest of the line about how it addresses errors appears to cut off mid-sentence, simply ending with “should we ever err in our reporting.”

The company claims to have “a zero- tolerance policy for willfully dishonest reporting,” but says nothing about what course of action Real America’s Voice takes if its factual reporting offends a reader.