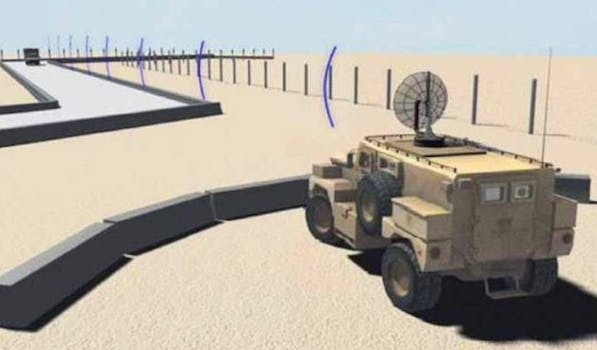 The Radio Frequency Vehicle Stopper won't be ready until 2019.

The U.S. Department of Defense is reportedly working on a non-lethal weapon that can stop a car in its tracks. A response to recent terrorist attacks, the device disables a vehicle’s electronic engine control unit by bombarding it with multiple high-frequency radio waves, stalling the car or boat until the weapon is turned off.

You can watch it in action in the video below:

Vehicle-based attacks have become more prevalent since the technique was used in Nice, France, by a radicalized terrorist in 2016, resulting in the death of 86 people. Most recently, a 25-year-old student killed 10 after he rammed his car into a crowd in Toronto.

The DOD doesn’t appear to have plans to use this weapon in high-density urban areas for civilian protection. The Pentagon’s Non-Lethal Weapons Program (JNLWP) says on its website that the energy weapon would be used at checkpoints, access control points, roadblocks, and for mounted patrols.

The JNLWP is reportedly testing two versions of the Radio Frequency Vehicle Stopper. One has a 50-meter range and is small enough to fit in the bed of a truck, while a more high-powered version can reach “a few hundred” meters but is meant to be installed and kept in one place.

The smaller device, which looks like a vintage photogram, weighs 400 pounds and is about the size of a large copy machine. It was made possible by the gas-powered turbine inside, a breakthrough in energy weapons capable of firing 300 kilowatts of power. The technique sounds similar to attempts used by the U.S. military and independent defense companies to prevent drone attacks.

The JNLWP first published a report on the weapon in 2012, when it described how 45 vehicles had already been tested. But it will still be a long time before we see one of these car jammers deployed in a real-world scenario. The Pentagon wants a working prototype completed by the fourth quarter of 2019.