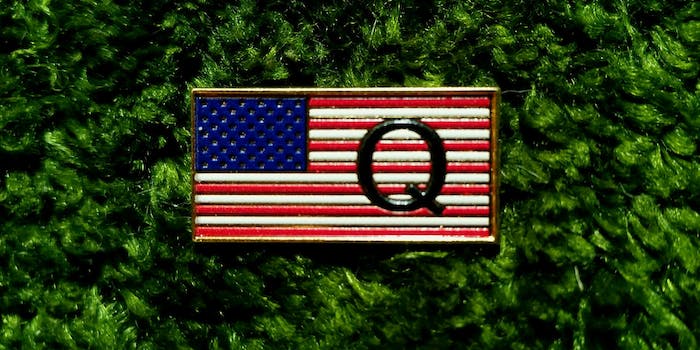 He allegedly believed his brother was a lizard.

A Seattle man is accused of killing his brother, who he believed was a lizard, on Sunday night.

Buckley Wolfe, 26, is being held on a $1 million bail for allegedly killing his brother, James, with a sword. Wolfe, who claimed to have been diagnosed with schizophrenia, according to the Seattle Times, told a 911 dispatcher, “Kill me, kill me, I can’t live in this reality,” and “God told me he was a lizard.”

Wolfe has been charged with second-degree murder. Wolfe’s social media also reveals that he was interested in the QAnon conspiracy theory, according to the Daily Beast.

The Facebook page contained numerous references to President Donald Trump, Pepe the Frog, and other figures. There were also associations with the Proud Boys, the “Western chauvinist” group under fire for a number of violent incidents across the country.

“I’m a proud Western chauvinist and I refuse to apologize for creating the modern world,” Wolfe reportedly posted last year.

The Daily Beast also reports that Wolfe posted frequently about QAnon, the wide-ranging conspiracy theory that includes a belief that Democrats are part of a shadowy worldwide cabal that preys on children, and that Trump is working to find and imprison them.

Wolfe apparently posted in the style of Q, the supposed high-level government figure from whom followers receive clues about, which include the supposed depravity of figures like Hillary Clinton, George Soros, and Barack Obama.

According to Seattle’s KIRO, Wolfe also posted about using swords to defeat the Illuminati, saying in a Jan. 1 Facebook post,  “I will dash you lizards to pieces like pottery and scatter your bones to the winds!!!!!

Wolfe also posted about QAnon and “the Storm,” a supposedly earth-shattering event in which evil Democrats will be exposed and punished, saying, “Y’alls are gonna get your just dues. I will be so happy, you have no idea.”