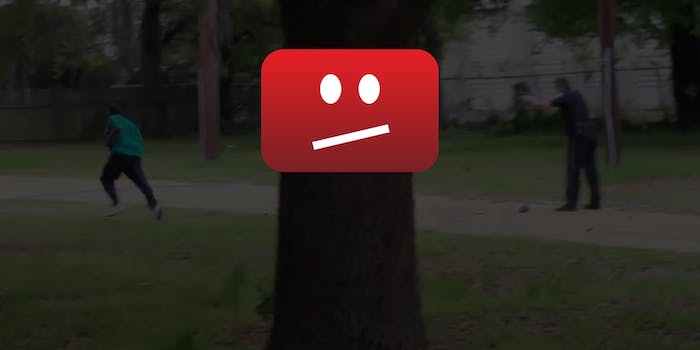 A publicist is licensing footage of police shooting of Walter Scott to media for $10,000 fee.

News outlets will now have to pay to broadcast the video of North Charleston, S.C., police officer Michael Slager shooting and killing Walter Scott after he fled from a traffic stop, the New York Times reports.

Max Markson, CEO of the Sydney, Australia-based Markson Sparks, an international publicity and celebrity management company, has sent out cease-and-desist letters to news organizations informing them that the fair use window for playing the video as part of their 24-hour news programming has expired.

“It’s been allowed to be used for free for over a week now,” Markson told the Daily News. “Now it’s going to be licensed, and now you have to pay for it.”

Markson is representing Feidin Santana, the bystander who shot the video of Slager shooting Walter Scott eight times in the back. Santana’s video also captures Slager planting a taser near the victim’s body. Slager has been charged with murder and is in jail awaiting trial.

Markson and Santana’s attorneys decided he deserved to make money for his citizen journalism.

“The search for justice is served by turning the video over to law enforcement,” Mr. Rutherford, a lawyer representing Santana, told the Times, adding that in his opinion the media was engaged in a “search for revenue.”

News of the fee is purportedly a revelation to Santana, who was surprised to learn he would be receiving financial compensation. Santana freely turned over the footage to Scott’s family after Slager presented a false version of events and blamed the victim.

“Without the video, we would not be where we are right now,” Justin Bamberg, one of the attorneys representing Scott’s family said, giving their blessing for Santana to sell licensing rights.

Markson said the only people upset are the people who have to pay. An unconfirmed source set the licensing fee at $10,000.