Why do we use services that print out status updates, tweets, and texts?

It seems like printing the memories we collect online is reverse engineering. Really, it's just human nature.

Snapchat wasn’t completely wrong when it hawked ephemerality as an asset; some of the things we write or send to each other should definitely get deleted. But the app’s focus on disappearing messages has softened as it expanded, for a simple reason: People want the option of keeping their communications, of saving and storing and remembering.

This predilection for digital preservation is why we take screenshots and back up our pictures. And it’s why there are hundreds of companies that offer services to print out online conversations and Facebook photo collections. 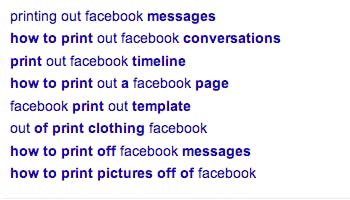 One of the newer services offered by Italian company Memeoirs introduces a new keepsake option that lets clients turn their WhatsApp conversations into souvenir books. Memeoirs already offered a service that turned Facebook photos and messages into physical memory books, as well as a service that turned emails into similar mementos, so this is an expansion of the overall idea to include a new app.

“The conversations you have with your loved ones or buddies pretty much tell the story of your life (think old-school snail mail and epistolary novels). Email clients or your mobile phone just aren’t the ideal way to re-live them, to enjoy them,” Fred Rocha, the founder and head of product at Memeoirs, tells me. 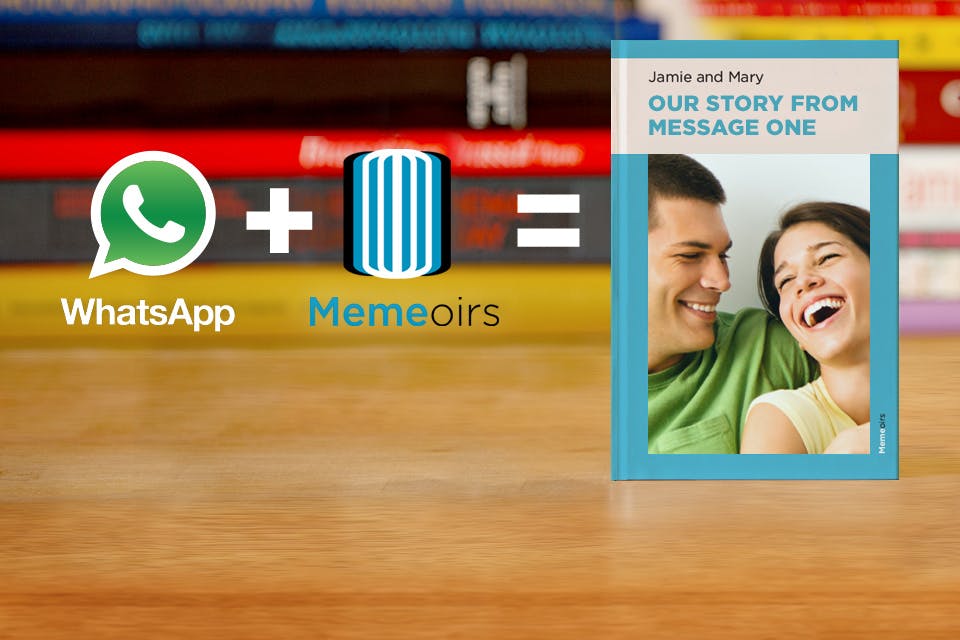 Memeoirs is the only company offering a WhatsApp option at the moment, but there is no shortage of businesses offering to turn social media content into physical items. For Instagram users, you can create the classic scrapbook… or you can get your Instagrams printed on marshmallows. Or made into nail art.

There’s an entire cottage industry around turning social media stuff (Instagram photos, Facebook albums, Twitter musings) into keepsake books. The books themselves are nothing special. If you’ve seen one, you’ve generally seen them all. Companies like ReSnap throw in some statistical analysis about your favorite friends and most-liked posts, which spices things up, but still. A scrapbook is a scrapbook.

Yet products like Memeoirs’ WhatsApp service keep cropping up because people want to move their memories offline. That these companies are succeeding means the impulse to move memories offline is common. As much as people love sharing images, notes, and videos digitally, there’s a demand for ways to turn these online conversations and moments into “old-school” photo albums and mementos. Many of the services are kitschy, but there’s a reason they’re popping up so frequently: Sometimes people just like having something physical to share and show. Even when it’s just a chat log, like Memeoirs, the physicality is what appeals.

Tweetbook is another text-based example. Tweetbook turns someone’s tweets into a printable PDF, so people can rifle through their old 140 character posts without a screen. The service has made over 43,000 booklets since 2012. In most cases, it’s not like the users can’t go back and read their tweets online. They just prefer to have a hard copy on hand.

It’s incredibly convenient to store our mementos online, but there’s an issue that plagues intangible things: They might go away. For people worried that Facebook might go kaput or Instagram might “accidentally” delete their posts a la Rihanna, getting a hard copy is a safeguard… and one with plenty of historical precedent to back it up. Sure, even Myspace is still around, but other formerly popular forums for online chatter have shuttered, leaving millions of communiques inaccessible. You want to pull up your high school AOL Instant Messenger flirtations? Too bad.

Will this impulse fade as people who have grown up primarily swapping images and notes on their phones and computers get older? Perhaps this industry of digital-into-physical memento makers is fueled primarily by a love for the tangible that’s a cultural holdover from earlier generations. Even Millennials grew up flipping through their parents’ wedding albums and family vacation photo bins, and young people now are embracing the sun-faded Polaroid aesthetic so much that Urban Outfitters is selling the cameras, and Polaroid actually made an Instagram-themed camera. Much ado has been made about the fact that our new technologies are actually increasing our desire for nostalgia. One study called “Nostalgic consumption behaviours among young generations in photography: A comparative approach of Instagram and analogue photography” aptly describes this effect, saying:

The findings reveal that Instagram consumers give value to their everyday life experience by using nostalgic effects. This is interpreted by the fact that old-looking pictures are perceived as more narrative so they have more power to tell stories.

There’s also the fact that trust in the Internet isn’t exactly increasing, so even if the next generations aren’t as enamored with vintage print as the 20-somethings of today, it may still be prudent to treat keepsake books as a way to organize hard copies of mementos.

People like to at least have the option to save evidence of their interactions. And while products like Memeoirs’ WhatsApp book will stay novelty items, they underline the limitation of sharing through screens. Sometimes you just want to actually touch something.