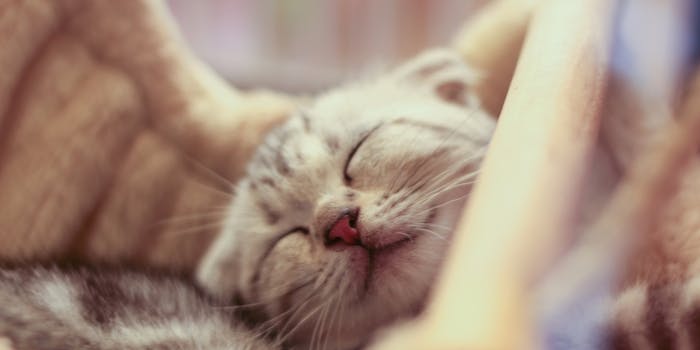 If you're happy and you know it, compose a tweet.

If you’re happy and you know it, compose a tweet. Once you hit “send,” your followers may spread that joy.

Emotions are contagious on Twitter, and those ideas, thoughts, and feelings we put out into the world can impact our followers in a viral strain of sentiment. Research led by Emilio Ferrara, computer scientist at the University of California’s school of engineering, found that emotions can spread through tweets. And it urns out positive emotions are more infectious than negative ones.

The phrase “emotional contagion” might sound familiar—it’s the same concept that Facebook scientists studied when they manipulated the News Feeds of 700,000 users to determine whether or not people’s emotions and posts were affected by what they saw on the News Feed. But Ferrara’s study looked exclusively at public data, and didn’t alter the timelines of any user, it simply observed the tweets and sentiment.

The study was published in PLOS One earlier this month.

Researchers looked at a random sampling of 3,800 English-speaking users and used an algorithm to analyze the sentiment in tweets, classifying them as positive, negative, or neutral. Then they compared the sentiment of someone’s tweet to the sentiment of all the tweets that appeared in their timeline in the preceding hour to see whether or not there was a relationship between the feelings.

“What you tweet and share on social media outlets matters. Often, you’re not just expressing yourself—you’re influencing others,” Ferrara said in the study.

Twitter can hit you right in the feels, one way or another. The company conducted its own study to determine just how its product affects your brain activity, and how you view yourself and the world. It discovered that using Twitter evokes more emotional response than using other bits of the Web. Steven Levy explains in Backchannel:

Reading a Twitter timeline generates 64 percent more activity in the parts of the brain known to be active in emotion than normal Web use. Tweeting and retweeting boosts that to 75 percent more than a run-the-mill website.

The final measurement had to do with memory. Passive Twitter use indicated 34 percent more activity in areas linked with memory formation than normal online use. With active Twitter use, the number rose to 56 percent.

Emotional contagion isn’t exclusive to online social networks. The people and feelings we surround ourselves with in real life can play an important role in shaping emotions like happiness or sadness in both the present moment and the future. Two decades of research led scientists to discover just how important other people’s emotions are to our own happiness. A Harvard study published in 2008 took a look at 4,739 individuals followed from 1983 to 2003, and discovered clusters of happiness.

Scientists concluded: “People’s happiness depends on the happiness of others with whom they are connected. This provides further justification for seeing happiness, like health, as a collective phenomenon.”

USC’s study shows us what an active role Twitter can play in affecting our feelings, and in turn, what we choose to share online. And because positivity is so much more contagious, perhaps we could all start sharing a bit more of it. Your followers will likely appreciate it.

Photo via Glenn Sajan/Flickr (CC BY 2.0)