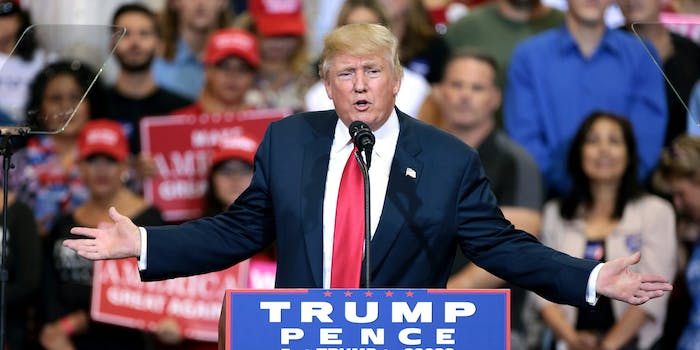 62 percent of people polled had a negative view of the Republican party.

Voters are increasingly trusting Democrats more than Republicans to solve American problems as the GOP is now viewed unfavorably by a majority of registered voters, according to a new poll.

“The Republican Party is in freefall,” David Paleologos, director of the Suffolk University Political Research Center in Boston said in a statement. “In March, the GOP had a 48 percent unfavorable rating, in June the negative swelled to 55 percent. Today the GOP unfavorable is 62 percent. What’s next?”

The poll, like others before it, shows Americans continue to have negative views of Trump. Nearly 57 percent of people polled want a Congress to stand up to Trump while only 33 percent think Americans should elect a Congress that goes along with the president’s wishes. Overall, Trump’s unfavorability rating reached 57 percent, according to the poll.

The poll found that 64 percent of Americans think the country is “on the wrong track,” a jump from 56 percent in June.