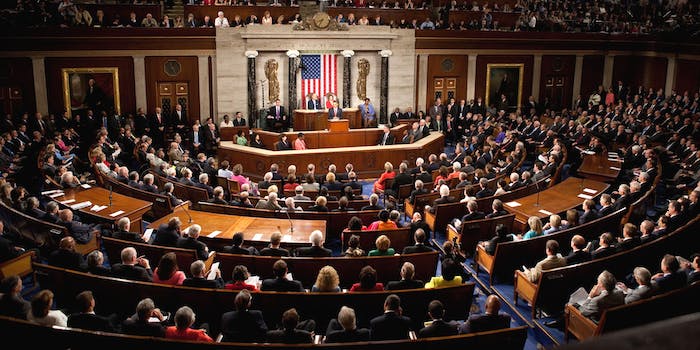 Politicians react to U.S. ceding control of the Internet

Like virtually any move in the nation’s capital, the Obama administration’s decision to give up control over the organization that manages Internet domain names has been cause for political grandstanding and hand-wringing.

At the end of last week, the Commerce Department announced that it would relinquish its oversight of the Internet Corporation for Assigned Names and Numbers. The government will not renew its contract with the organization when it expires in the fall of 2015.

Though the news shouldn’t be that surprising, as the plan for the government to give up control of ICANN has always been the end goal, it still sparked a furious backlash of talking points from Republicans who worry about ceding control of the Net to the International community.

“Giving up control of ICANN will allow countries like China and Russia that don’t place the same value in freedom of speech to better define how the Internet looks and operates,” Rep. Marsha Blackburn, R-Tenn., said in response to the Commerce Department’s decision.

Echoing the argument that relinquishing dominion over ICANN will give authoritarian regimes around the world a tool by which to suppress Internet freedom, former Speaker of the House Newt Gingrich called the plan “very, very dangerous.”

But advocates argue just the opposite, saying ICANN’s independence will help create a more globally shared Internet that is less susceptible to strong-arm censorship tactics.

Cameron Kerry, former general counsel for the Commerce Department, accused critics like Gingrich and Blackburn of politicizing the issue without fully grasping it.

“There is a fundamental misunderstanding about how the Internet is run,” Kerry told Politico.

He added, “This is about protecting the Internet from government interference. And the best way to do this is to get the U.S. government out of the way.”

Kerry argues that the “fundamental misunderstanding” has likely arisen from the way ICANN was first organized. ICANN was founded in partnership with the federal government in 1998 to replace other private organizations like the Internet Assigned Numbers Authority, creating a better regulatory body for overseeing crucial tasks that keep the Internet running smoothly.

But an official with the National Telecommunications and Information Administration—the branch of the Commerce Department responsible for ICANN—said the plan to part ways with the California-based nonprofit was always in the works. Hence the decision to manage Internet domains through a contractual partnership with a nonprofit in the first place rather than through a permanent government agency.

Not all Republicans are critical of the plan not to renew ICANN’s contract. Sen. John Thune, R-S.D., told Fox News that the growth of the Internet would benefit from a break with government oversight.

“The U.S. helped create the Internet, and we want to see it grow and stand on its own,” said Thune, the ranking Republican on the Senate Commerce Committee. “It doesn’t need a nanny state, or a collection of nanny states, trying to stifle it.”

For years, the United States has faced pressure from the rest of the world—primarily China, Russia and the European Union—to relinquish control. At the time the ICANN contract was renewed back in 2006, former Assistant Secretary of Commerce Michael D. Gallagher told the Washington Post that the U.S. had to walk a fine line and not “appear too strong or too much in charge.” The United Nations even undertook its own effort to create a competing Internet regulatory agency.