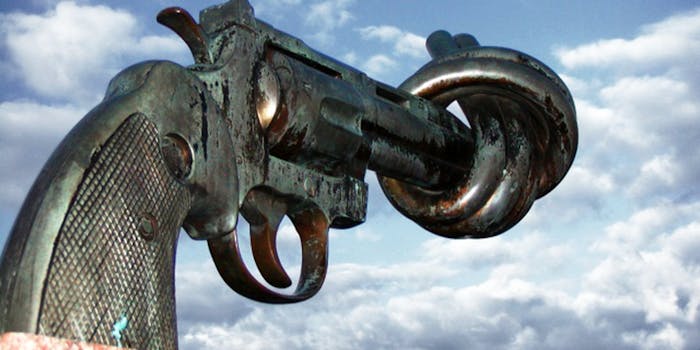 That Philadelphia City Council isn't aware of anyone with a 3-D-printed gun is beside the point.

The City of Brotherly Love is now also the City of Not Shooting Your Neighbor With A Gun That Came From Your Computer.

City Councilman Kenyatta Johnson, who sponsored the bill, admitted that he didn’t actually know of anyone in Philadelphia who printed guns, Philadelphia Magazine reported. Instead, Johnson’s director of legislation said the bill is “preemptive” and “based on Internet stuff out there.”

It’s not clear how the city would enforce the ban, as 3-D printers are legal and any guns would presumably be printed behind closed doors.

3-D-printed guns have become something of a circus act since May, when Cody Wilson of Defense Distributed, then a law student, uploaded a video of himself firing a working gun whose parts came almost from a 3-D printer. It’s easy to jump to fear that any nerd can suddenly acquire a weapon with just a few clicks and no license, but the costs involved in getting a 3-D printer dwarf the cost of even an illegal firearm. There has yet to be a report of anyone getting injured with, or arrested for possession of, a 3-D-printed gun in the U.S.

A Philadelphia government report shows that Philadelphia hasn’t seen a year with fewer than 300 murders since before 2004, though it’s only had 219 so far in 2013.