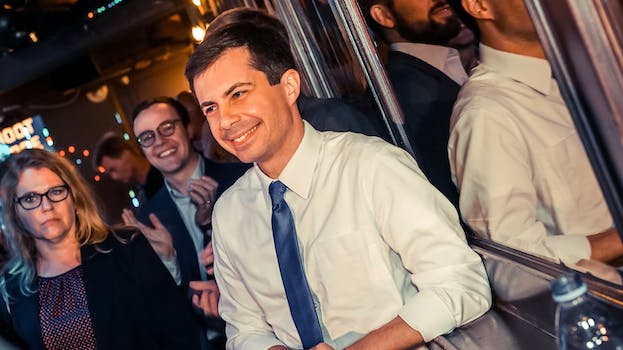 That's not what he said.

This weekend, a reasonable and thoughtful answer to a particularly thorny question about American history by Mayor Pete Buttigieg became the stuff of an over-simplified and uninformed controversy.

Buttigieg, who has seen his star his in the 2020 Democratic primary rise considerably, was asked about an annual Democratic fundraising tradition, Jefferson-Jackson Day, and whether it should be renamed because both men were slaveholders.

In 2016, Indiana, where Buttigieg is a mayor, dropped the name. Buttigieg called it the right decision. He added that because of President Andrew Jackson’s history of genocide against Native Americans, it was easy to not support him, but that Jefferson was a thornier issue.

You know, over time, you develop and evolve on the things you choose to honor. And I think we know enough, especially Jackson, you know, you just look at what basically amounts to genocide that happened here. Jefferson’s more problematic.

He goes onto say that Jefferson knew about the evils of slave ownership and that even so, he continued to do own salves. And that removing people’s names from memorials is not erasing them, but that we should have a high standard for the people we look up to and consider how lionizing these people looks to the communities affected by their behavior.

You know, there’s a lot to, of course, admire in his thinking and his philosophy. Then again, as you plunge into his writings, especially the notes on the state of Virginia, you know that he knew that slavery was wrong …  And yet, he did it. Now we’re all morally conflicted human beings. And it’s not like we’re blotting him out of the history books, or deleting him from being the founder fathers. But you know, naming something after somebody confers a certain amount of honor. And at a time, I mean, the real reason I think there’s a lot of pressure on this is the relationship between the past and the present, that we’re finding in a million different ways that racism isn’t some curiosity out of the past that we’re embarrassed about but moved on from. It’s alive, it’s well, it’s hurting people.

Buttigieg didn’t really say Jefferson’s name should be removed from memorials, but naturally, it wasn’t framed that way in the conservative online discourse.

Those somewhat misleading tweets by the Daily Caller and New York Post set off a firestorm.

Even New York Times columnist Bret Stephens got in on it, demanding we knock down the FDR Memorial.

Stephens eventually apologized after it was pointed out that he was … very wrong.

And as with any of these debates—which often revolve around defending symbols of the Confederacy—conservatives jump to a performative absolutist position of “well if we can’t praise these people, who can we praise?” that they think paints the other side of the debate as unreasonable.

But that’s exactly what Buttigieg was rightly saying. People have flaws, and societal norms evolve, and it’s much better to be constantly reevaluating what we understand and believe about the people who came before us, versus just looking at the statue, nodding approval, and saying “now there was a good man.”

Good luck trying to do that, though.