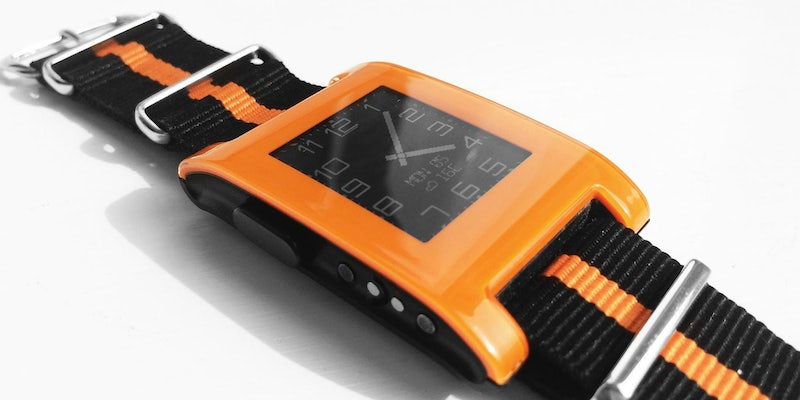 Pebble brought its A+ troll game to the Apple Watch event

A great moment for #brands.

Any Apple event draws some fun Twitter jabs. The moment Tim Cook, and before him Steve Jobs, takes the stage, an unstoppable flow of 140-character hot takes and hilarious quips is unleashed.

Most of these come from jaded journalists and fanboy bloggers who are a mix of over-excited and totally out of touch. Today, though, Apple inspired a surprising enemy: Pebble.

Well, OK, not all that surprising. Pebble is, of course, a smartwatch manufacturer. One that was recently pushed out of the App Store by none other than Apple. And it appeared that when the Apple Watch was announced today, Pebble threw that high road crap out the window and went for the throat.

In addition to retweeting anti-Apple Watch watchers, the company had a few of its own passive aggressive jabs to get out there.

Got a favorite way to clean your @Pebble? We’re partial to hot tub 🔥🛁 #AppleLIVE http://t.co/ORZc5aFWeC

On a certain level, you’ve really to appreciate the utter honesty.

Nope, actually, I respect it on every level.