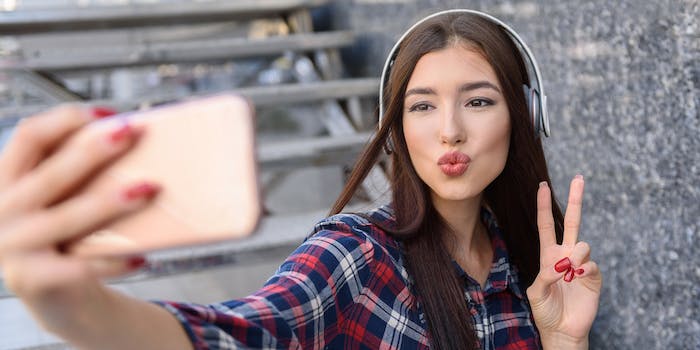 Doing the peace sign in selfies could lead to identity theft

Time to put on some gloves.

Researchers at Japan’s National Institute of Informatics (NII) recently learned that they could copy fingerprints based on photos taken by a digital camera positioned nine feet away from the subject.

“Just by casually making a peace sign in front of a camera, fingerprints can become widely available,” Isao Echizen, NII researcher, told the Sankei Shimbun newspaper. Echizen said in another TV interview that fingerprint data can easily be recreated if the person’s fingers are in focus with strong lighting in a picture.

Fingerprint recognition technology is becoming widely available lately. Computers and smartphones now come with all sorts of biometric technology that allow people to unlock their devices or sign into bank accounts by simply pressing their fingertip on the phone. An example of this is Apple’s Touch ID on iPhones.

The researchers at NII developed a fingerprint anti-theft prevention substance that can obscure and even produce false fingerprints into the frame. So if peace sign identity-theft ever becomes a huge issue, they’ll be ready to help us out.

The peace sign is a very popular way to pose for photos in Japan, which is why the researchers decided to look into it specifically. However, the photo lifting technique does not require advanced technology and can be applied on other common gestures such as waving or giving a thumbs up.

This whole concept might appear to be the plot if a CSI TV show, but it’s actually happened before. In 2014, hackers were able to fake Germany’s defense minister’s fingerprints and unlock her phone by using photos of her hands.

There was another case in replicating fingerprints last summer when the Michigan Police Department asked Michigan State University researcher to help unlock a victim’s phone.

The school used scans the police had on file from a previous arrest to 3D print the fingerprints, but they were struggling to find the right conductive material to unlock the phone.

Many security experts will argue that biometrics are safer than passwords that people create, but unlike passwords, fingerprints can’t be changed to new ones whenever they’re stolen. Maybe politicians should start wearing gloves.