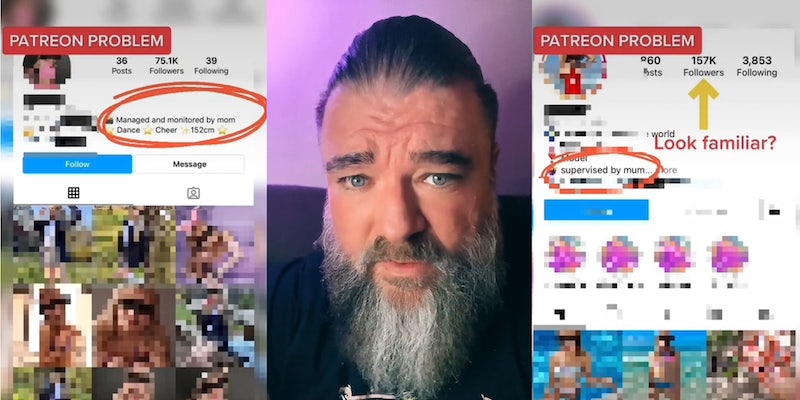 The claims don't add up.

The issue began last week after the membership platform announced that it had laid off five members of its security team. Although the company initially declined to explain the reasoning behind the firings, Patreon CEO Jack Conte argued in a statement on Tuesday that the decision “was part of a longer-term strategy.”

“The change last week was part of a longer-term strategy to continue distributing security responsibilities across our entire engineering team, bring new areas of expertise into Patreon internally, and continue partnering with external experts,” Conte wrote. “Unfortunately, the change generated concern that we were reducing our security investment, but I wanted to make it clear, especially in light of today’s changes, that we are in fact increasing our investment in security.”

Prior to Conte’s statement, however, users across social media began to claim that the security team had been fired as part of an alleged cover-up over child exploitation content on the platform.

A popular content creator known as TizzyEnt shared a video on Monday, which has since garnered a combined 388,000 views on Twitter and TikTok, pointing to previous concerns over Patreon being used by parents to sell lewd photographs of their children.

The idea appears to be ripped from an earlier TikToker who found a post from an alleged employee on Glassdoor, a site that allows users to leave reviews about their current or former employers, in which Patreon is accused of allowing illegal content.

“We are being told specifically by management and executives NOT to take down content that is illegal or was reported as sexual in nature involving minors unless the police make contact with legal or we have an order by a court,” the Aug. 16 post claims. “When others try to inform management that there’s an amalgamation of accounts that are selling lewd photographs of what appear to be children, all concerns are dismissed.”

The review goes on to further claim that the decision to ignore such content comes from Patreon’s desire to cater to pedophiles.

“It’s all about advocating for customers who are Minor-attracted persons (or MAPS),” the post adds. “This is no way to run a company, this is no way to allow children to be exploited on our platform like this.”

The Daily Dot reached out to Glassdoor to inquire about the post but did not receive a reply.

Given that the post was made roughly one month prior to the firing of the security team, users online have suggested that there must be a link, despite the person who made the Glassdoor post saying they worked in Trust & Safety. For many internet companies, like Twitter and others, teams like Trust & Safety cover content, while Security teams manage actual infrastructure. Online sleuths appear to have confused the two.

“Attention DOJ, you need to investigate Patreon,” TizzyEnt says in his video.

There is no evidence whatsoever that the firings were linked to the anonymous post on Glassdoor. In fact, Patreon announced on Tuesday that it had fired a further 80 employees across the company due to financial issues stemming from the COVID-19 pandemic.

Conte, Patreon’s CEO, also disputed the viral rumors surrounding the Glassdoor post in a separate blog post. Referring to the claims as “dangerous and conspiratorial disinformation,” Conte asserted that not only did the company oppose illegal content but that the Glassdoor post was “fraudulent.”

“The disinformation stemmed from a single fraudulent claim on a job posting site, which onlookers inaccurately linked to small-scale staffing changes we made last week to our security organization,” Conte wrote. “This has led to a conspiracy that Patreon knowingly hosts illegal and child-exploitative material.”

Conte also states that Patreon has “zero tolerance for the sexualization of children or teenagers” and forbids its users “from funding content dedicated to non-consensual or illegal sexual themes.”

The company’s security team, Conte added, aren’t tasked with monitoring for illegal content and instead focus on protecting user and payment data.

While there are legitimate concerns online regarding the failure of tech companies to quickly detect and remove illegal content, attempts to link those issues with Patreon’s layoffs are ill-founded.