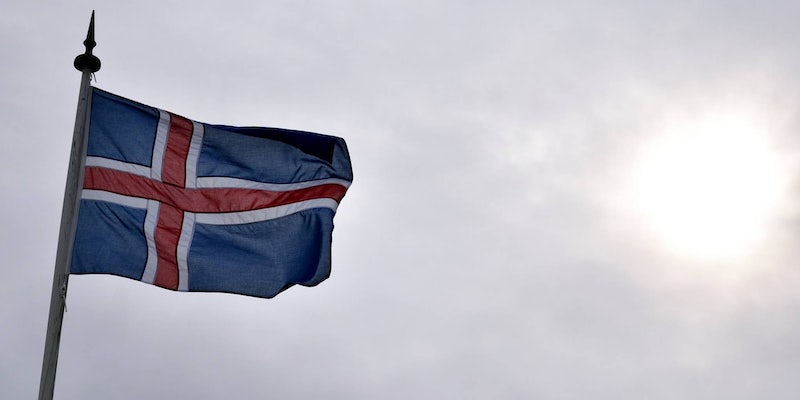 The crowd has reportedly swelled to more than 20,000 citizens.

Following an historic leak of financial data, thousands of Icelanders have gathered outside their nation’s parliament in Reykjavík to demand the immediate resignation of the country’s prime minister.

Revelations about Prime Minister Sigmundur Gunnlaugson’s offshore holdings during Iceland’s 2008 financial crisis have handed opposition leaders an impromptu chance to turn a wave of public resentment against a center-right leader who has held office since 2013.

Among the more than 11 million records stolen from the Panama-based law firm Mossack Fonseca, dubbed the “Panama Papers” by journalists, are documents alleging Gunnlaugson concealed millions of dollars in an offshore company that held “significant investments in bonds of major Icelandic banks” which failed in the collapse.

Some very confused-looking tourists are wandering around downtown. Maybe not the peaceful city they expected. #inspiredbyiceland #cashljós

Records show Gunnlaugson turned over the offshore company, known as Wintris, Inc., to his wife, Anna Sigurlaug Pálsdóttir, in December 2009. He sold his half of the company to her for $1 the day before an Icelandic law would have obliged him to disclose his ownership. Pálsdóttir first announced the existence of Wintris, Inc., in a Facebook post on March 15.

It was further revealed that Wintris, Inc., has registered a claim of about ISK 500 million (USD $4.1 million) in the assets in the banks that went bankrupt following the collapse. Gunnlaugsson failed to disclose his interest in these holdings during negotiations with creditors, according to Iceland Review.

During a television interview on Monday, Gunnlaugson denied ever concealing his assets. When asked why he had kept secret his co-ownership of Wintris, Inc., while serving as a member of parliament, Gunnlaugson said he it had always been declared on his tax forms. He then refused to answer any more questions and walked off, accusing the reporters of interviewing him under “false pretenses.”

As many as 22,000 people—nearly 7 percent of Iceland’s population—gathered on Monday for a spontaneous demonstration outside the Althing, the national parliament building in Reykjavík, locals said. (The Daily Dot was unable to independently confirm the crowd’s size.) A handful of the protesters had taken to throwing eggs, banana peels, and skyr (Icelandic yogurt, basically) at the Althing’s facade, and a few arrests were documented on Twitter.

Icelandic parliamentarian Ásta Guðrún Helgadóttir, who represents the Reykjavik Constituency South as a member of the Pirate Party, tweeted photos from inside the Althing showing its windows laden with egg yolk.

The protest continues. 3 hours in. Thanks for the eggs ^^ #PanamaLeaks #panamapapers #iceland pic.twitter.com/wdGiGOjn8O 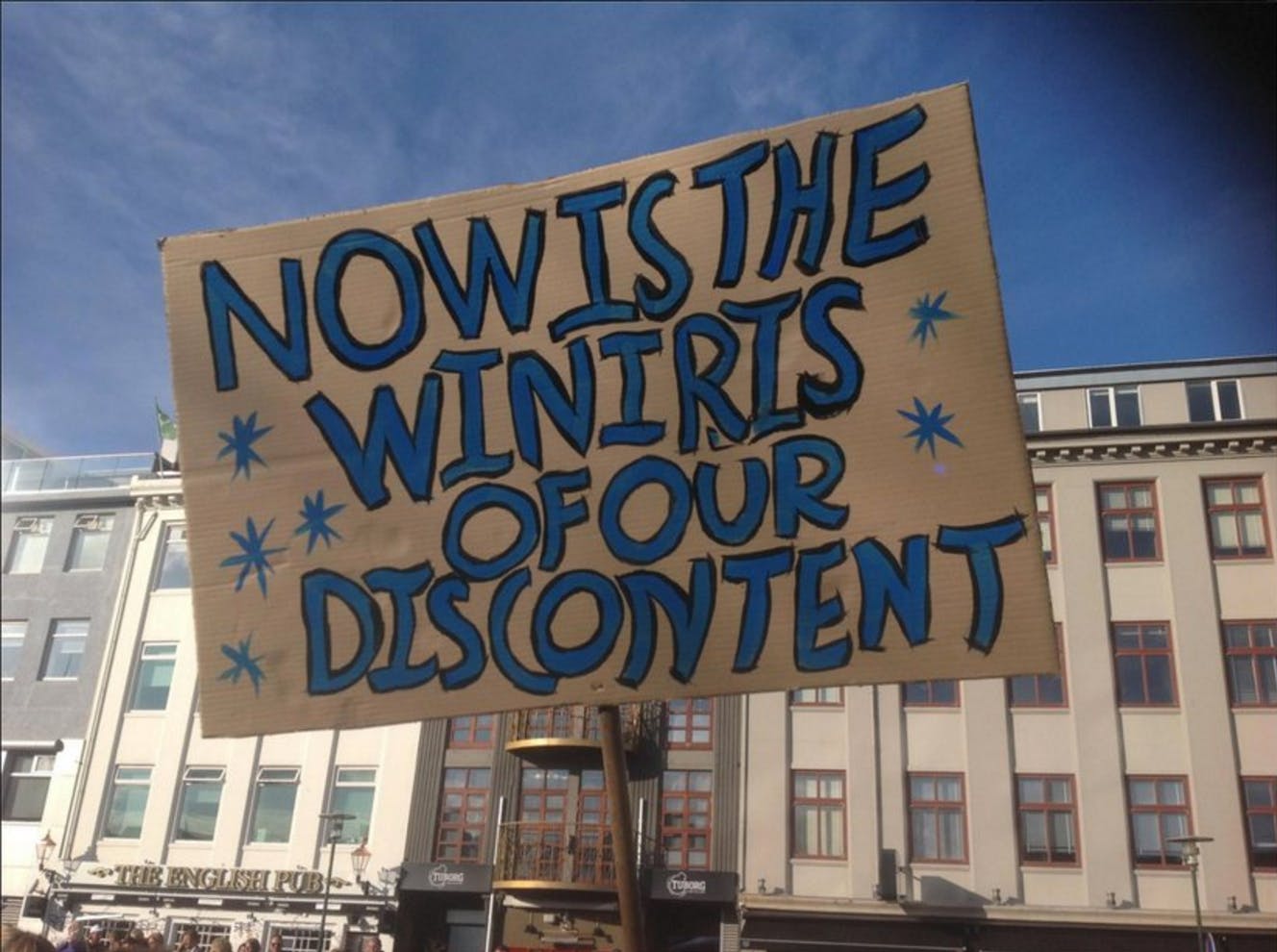 The population of Iceland is only 330,000. Largest protest by percentage of population in history? #PanamaPapers https://t.co/C1jjsYQodp

“People in Iceland are shocked, they are awed, they are mad,” Pirate Party head Birgitta Jonsdottir told the Daily Dot on Monday.

“We feel humiliated and we want to stress that not everyone in Iceland is like the Prime Minister,” she said. “Let’s hope that his party will stop behaving like a cult and take on some responsibility by demanding that he will resign, not tomorrow but tonight, because every minute this man is in power, our reputation as a nation is at stake.”