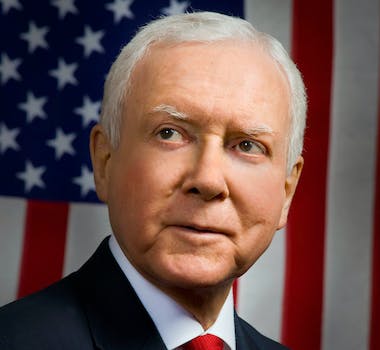 According to at least one prediction, though, the bill stands practically no chance of becoming law.

Activists are increasingly concerned about the United States’ trade deals, fearing they’ll cement hard-to-change regulations that are bad for the Internet.

But one senator wants the U.S. to ramp up its intellectual property proselytizing so severely, the U.S. would create an actual, official copyright ambassador.

The Senate Finance Committee announced a bill, the Innovation Through Trade Act, on Tuesday.

“With our economic competitors getting more sophisticated by the day, finding more ways to steal, expropriate or otherwise undermine the value of U.S. innovation,” announced Orrin Hatch (R-Utah), the bill’s sponsor, “negotiating strong intellectual property agreements and enforcing them is a necessity, not an option. The establishment of a Chief Innovation and Intellectual Property Negotiator will give intellectual property and innovation the stature they deserve.”

The Senate Finance Committee added that the ambassador would “conduct trade negotiations and enforce trade agreements.”

That last point in particular wouldn’t sit well with most Internet activists. They argue that large trade agreements allow pro-copyright groups, like the music and movie industries, to have too much influence on governments already. In the Trans-Pacific Partnership, for instance, pro-copyright lobbyists are given comparative influence, while Internet advocates—who fear stronger copyright would encourage Internet providers to police their own users—are barred from even showing up.

As noted by Techdirt, Hatch has a long history of pushing tough copyright enforcement at the expense of Internet users, like suggesting the government destroy computers that download copyrighted music.

But don’t expect the U.S. to hire a copyright ambassador anytime soon. According to GovTrack, the bill has just a 1% chance of even making it out of committee, and no chance of becoming law.