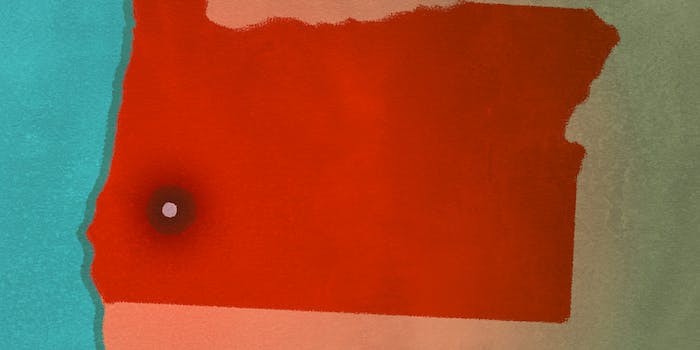 Why UCC was supposed to be a gun-free zone

Umpqua Community College was one of them.

Under state law, people in Oregon could carry concealed firearms on college campuses like the one where a gunman killed nine people and wounded several others on Thursday. However, Umpqua Community College has been established as a gun-free zone thanks to a loophole in state law that has made every third-level institution in the state almost entirely gun-free. Here’s how that works.

Currently, only three states—Idaho, Utah and Colorado—allow guns on campuses regardless of school policy. Oregon’s guns-on-campus law is a bit more complicated.

Under state law, “campus carry” is permitted, but each university can set its own policy on whether or not they want to allow firearms. In 2012, after the state legislature failed to pass a bill that would have banned guns on campuses, Oregon’s State Board of Education, which oversees many of the state’s public universities, unanimously approved a policy that bans guns from its campuses, and other institutions followed suit. Additionally, the policy states that anyone who does business with any of the state universities—which includes “students, employees, contractors, people buying tickets to university events or people renting university property,” according to a 2012 article posted on OregonLive.com—must agree to not bring weapons on campus. Anyone who violates this policy cannot be criminally prosecuted, but can face punishment by the university. Students and faculty could face disciplinary action from the university, while contractors risk a breach of contract lawsuit.

The State Board tried to ban guns on campus entirely, but were denied by Oregon’s Court of Appeals. The current policy of the State Board of Education states that people with concealed carry permits are allowed to bring their firearms on campuses, but are not into university buildings, which means a person can roam a campus with a concealed weapon, but if they want to go indoors, they must have somewhere (like the trunk of their car) to store their weapon. Umpqua Community College is not governed by the State Board of Education, but has a similar policy in place.

“Possession, use, or threatened use of firearms (including but not limited to BB guns, air guns, water pistols, and paint guns) ammunition, explosives, dangerous chemicals, or any other objects as weapons on college property, except as expressly authorized by law or college regulations, is prohibited,” according to the college’s code of conduct. Additionally, the college bans knives with blades longer than four inches and misuse of defensive weapons like pepper spray or stun guns.

All states have different laws regarding concealed weapons on campus. Currently there are only 12 states that have laws banning guns on campuses altogether. The majority of states leave the decision up the individual university. 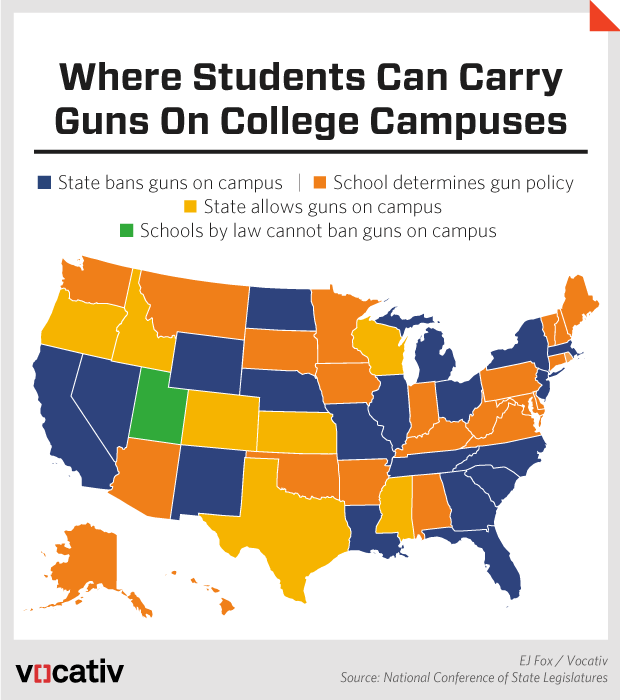