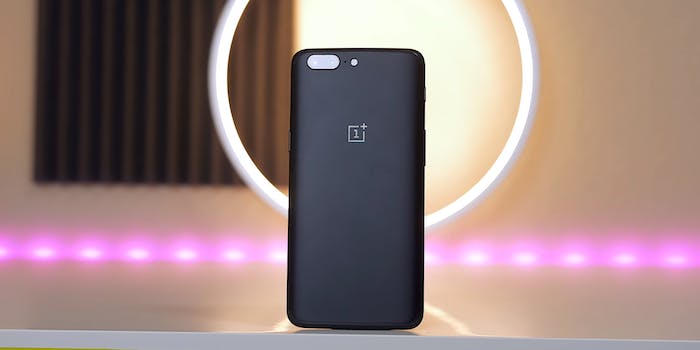 Earlier this month, a security researcher discovered that beloved Chinese-based smartphone manufacturer OnePlus was secretly collecting its user’s private data without telling them. This sparked outrage among the company’s cult-like following, which urged the startup to change its policies. Backed into a corner, OnePlus addressed concerns and said on Friday that it would scale back its data collection efforts.

After routing the internet traffic from his OnePlus 2 smartphone through a security tool, software engineer Christopher Moore saw that a concerning amount of his personal data was being sent to a OnePlus server. His device was regularly transmitting his phone’s IMEI (a device’s unique identifier), phone numbers, MAC addresses, mobile network name, IMSI prefixes, and WiFi ID numbers. It was also gathering data on when a user opened an app and what they did in that app. The amount and type of data collected raised privacy concerns among OnePlus’ dedicated following.

Now, after admitted its unsettling practice, the young smartphone maker has promised to overhaul its policies. OnePlus co-founder Carl Pei claimed in a forum post that the company collects user data so it can “better understand phone behavior” and optimize OxygenOS, its custom version of Android, which he dubbed the “experience program.” He also said it was to improve after-sales support. In response to his customer’s concerns, Pei said that the collected information wasn’t shared with any third parties and that OnePlus will no longer collect telephone numbers, MAC addresses, and WiFi information.

Additionally, all OxygenOS-equipped phones will have a prompt in the initial setup that asks users if they’d like to join the “experience program.”

While not nearly as popular as Samsung or Apple, OnePlus shot onto the smartphone scene in 2014 with a unique marketing strategy and extremely affordable high-end device. Since then, the three-year-old company has crafted some of the best-reviewed phones in the industry, setting the standard for price-to-performance value.

If you own a OnePlus handset, you can opt out of data collection by unselecting “Join user experience program” in your phone’s settings.