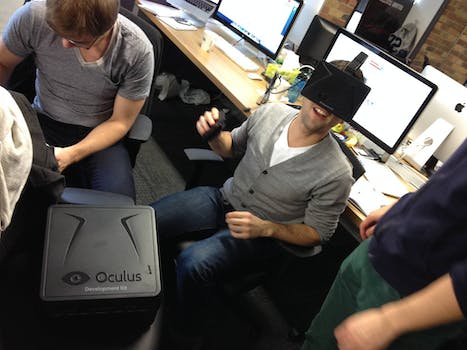 They can't escape this reality.

An anxious and eager public has been waiting for the Oculus Rift virtual-reality headset to arrive on shelves and doorsteps ever since Oculus started its Kickstarter in 2012. For some of the earliest adopters, the wait continues, thanks to major delays.

According to redditors posting on the r/Oculus subreddit, customers who placed their Oculus Rift orders within the first hour of its availability have been told that its estimated shipping date has been delayed by more than two months.

Oculus began sending letters to buyers earlier this month alerting them of a potential delay caused by an “unexpected component shortage.” While some headsets have already shipped, other people who preordered them are stuck waiting for their device to arrive sometime between May and June. Orders placed now won’t be delivered until August.

Adding additional months onto the wait time for a device that people have spent years waiting for is a surefire way to cause frustration. But the Oculus obsessors of Reddit are handling it with all the grace and calm that one would expect from the site.

“Ok, i’m seriously pissed off that my April estimate was pushed back to May/ June,” one redditor wrote. “Bull fucking shit Oculus.” Another said, “I went from an April date to June. Fuck this shit. Canceling. Fuck everything Oculus. Fuck them.”

One particularly frustrated user, attempting to highlight just how excited he and others were for the Oculus Rift, said in a manner completely devoid of irony that people had “planned holidays, paychecks, hell even home renovations around this.”

Redditors have even been trying to reverse-engineer order details, hoping to find patterns that might shed light on when each person can expect his or her device to arrive.

Waiting has been a major part of the Oculus Rift experience, as development kits were also subject to a similar delay. Kickstarter backers are receiving their devices from a different allocation than other buyers, so they may be immune to the wait for the retail version of the device.

As for those stuck waiting, things could still be worse; Oculus isn’t charging for pre-orders until the headsets actually ship, so for the time being, that $600 fee will remain in customers’ bank accounts.

Anyone afflicted with the delay has also had their $50 shipping cost waived. That’s likely to be cold comfort to the folks who apparently designed their entire lives around a product’s estimated arrival window, but it’s still better than nothing.

That being said, it’s pretty clear that people waiting for the Oculus Rift to arrive already have very vivid imaginations. Might we suggest that they simply sit down, close their eyes, and imagine how great it’ll be to enter virtual reality? The result will be pretty close to the real thing.