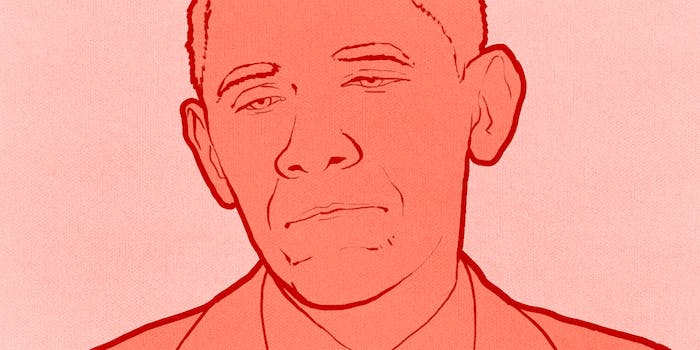 Obama thinks he could win a third term for president

If he was allowed to run, would President Barack Obama win in 2016? Yes—at least according to Obama.

“I actually think I’m a pretty good president,” Obama said during a recent speech before the African Union. “I think if I ran, I could win. But I can’t.”

The comments incensed many of Obama’s critics, particularly those on the far-right of the political spectrum, where conspiracy theories have long persisted about Obama declaring martial law and running for a Constitutionally-restricted third term as president.

Obama made the comments in an address to the African Union as he criticized African leaders who refuse to step aside when their terms end, a move that Obama said puts the continent’s democratic process at risk.

The crowd on hand applauded the president’s remarks.

In the U.S., Obama’s approval ratings wallow just above 45 percent, with 50 percent of Americans disapproving of his job as president, according to Real Clear Politics poll averages. His approval ratings have remained in the negative for the past year and a half. 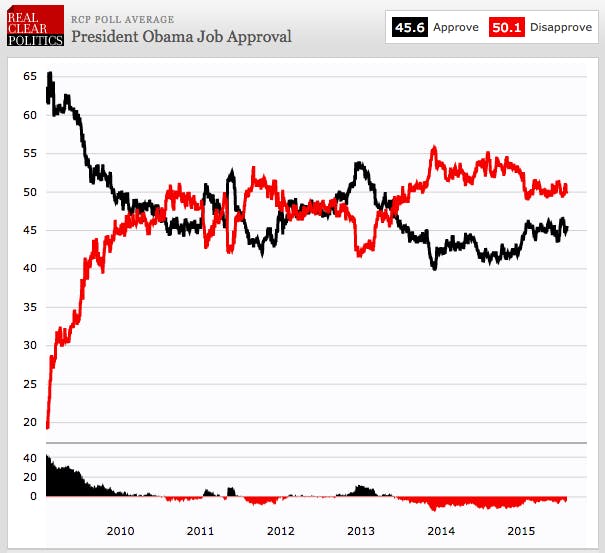