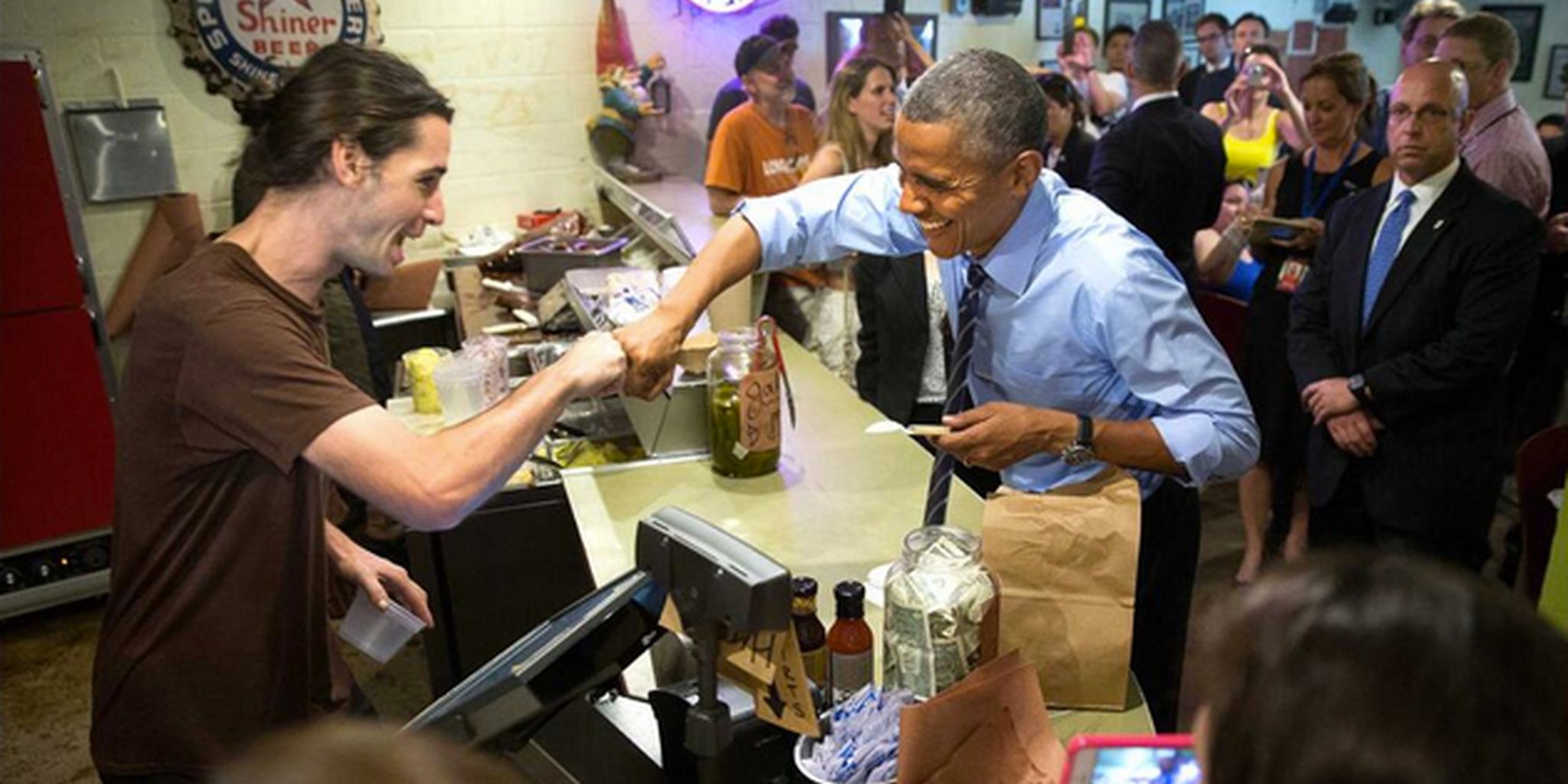 Brisket is awesome, but there's a more important message behind this fist bump.

President Barack Obama has done his fair share of fist bumping while in office, starting with the classic bump he shared with his wife during the 2008 election.

But now there’s another photo of the president mid-bump circulating around the Internet, which has more to it than meets the eye. Obama gave a speech in Austin, Tex., on Thursday, and after the event, he, like so many other visitors to the state capitol, couldn’t resist a stop at Franklin Barbecue.

There, he was photographed at the register pounding fists with the cashier.

Obama gets a fist pump as he pays for his lunch during a surprise visit to Franklin Barbecue in Texas #obamaaustin pic.twitter.com/sPUAMIAm2S

While many assumed the president was just delighted to be taking home some world-class brisket (and that he got to skip the hours-long line), there’s actually more to the story.

The cashier in the photo is Daniel Rugg Webb, an Austin comedian, musician, and part-time employee at the barbecue restaurant. According to the Austin Chronicle, which interviewed Webb after his encounter with the president, the fist bump actually followed Webb’s call for gay equality:

As the president approached, Webb threw his hand down and slapped the counter dramatically. “Equal rights for gay people!”

“Are you gay?” the president asked.

Webb noted that if it was Texas’s conservative Governor Rick Perry who entered the restaurant, it probably wouldn’t have gone as nicely.

President Obama shares a light moment Mayor Mike Rawlings, with Gov. Rick Perry at the end of the table. pic.twitter.com/kE9GcPbjoF