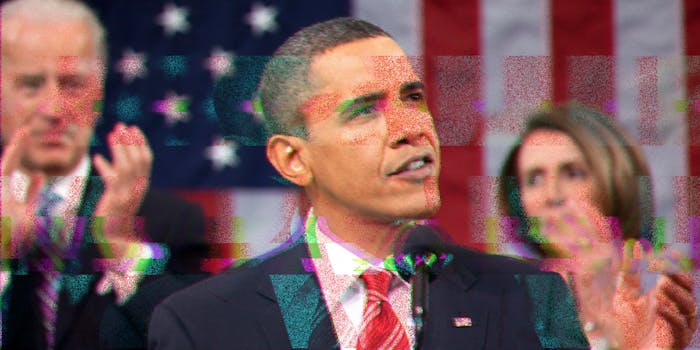 The president is under pressure to say whether or not he supports unbreakable encryption.

A group representing American software companies urged President Obama to make strong encryption a priority ahead of his final State of the Union address.

“Strong encryption is the bedrock of a secure Internet,” Ken Wasch, the president and CEO of the Software & Information Industry Association (SIIA), wrote in a letter to Obama listing the group’s five tech priorities for 2016. “It enables much-needed security and confidentiality for transactions as well as assurances to individuals that their communications are private and information is protected from malicious hackers.”

The White House is caught in the middle of a fierce battle over whether tech companies should give law enforcement guaranteed access to their encrypted products.

Police and intelligence officials, along with some members of Congress, argue that the government must have the ability to bypass encryption because criminals and terrorists are hiding behind it to plan their attacks. Security experts, privacy activists, and tech executives respond that such guaranteed access, particularly in the form of so-called “backdoors,” would severely undermine Americans’ online privacy and security.

“Efforts to allow greater access to private, encrypted data—both through the weakening of encryption or creating encryption workarounds—are misguided and will create greater safety and security threats for all Americans,” Wasch said in his letter.

The Obama administration considered proposals to mandate backdoors but, after a lengthy internal debate, abandoned them as unworkable.

Many tech companies like Apple offer end-to-end encryption in their products that even the companies themselves cannot break. Some senior U.S. officials, including FBI Director James Comey, have accused these companies of aiding and abetting terrorists by configuring their encryption to be essentially unbreakable.

This fight stretches back decades to the advent of commercial encryption, but recent terrorist attacks in Paris and San Bernardino, California, have rekindled the argument that tech companies must do more to accommodate government investigations.

Senior Obama administration officials were set to meet Friday with representatives from leading tech companies—including Apple, Facebook, Google, Microsoft, and Twitter—to discuss combating extremist propaganda online. Encryption was expected to be a secondary topic, but Comey’s participation was reportedly conditioned on encryption being on the agenda.

The meeting in Silicon Valley follows a December meeting between White House officials and leading civil-liberties groups in response to a petition calling on Obama to publicly oppose backdoors. At the time, a senior administration official promised a “fulsome response” to the petition “soon.”

Photo via The White House/Flickr (PD) | Remix via Max Fleishman