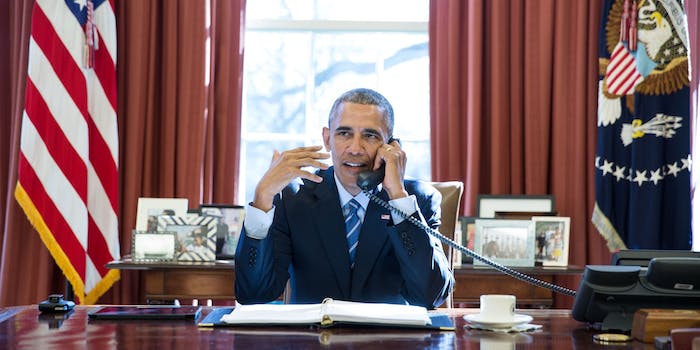 Human rights groups say the number is much higher than the government's assessment.

Months after the first promise, the Obama administration on Friday released its count of the number of people U.S. drone strikes have killed outside recognized battlefields since President Barack Obama took office in 2009.

As a result of the nearly 500 strikes the U.S. estimates it waged in countries in the Middle East and Africa, the White House says 64 to 116 civilians died along side some 2,500 militants.

Though an apparent move toward government transparency, critics say the numbers are inaccurate. The government’s report acknowledges that its figures may differ from those of non-governmental organizations:

Using local reports, some human rights groups peg the civilian casualty number closer to about 1,100, though we’ll likely never know the true number. More troubling, critics say, is today’s report acts as a smokescreen to the realities a half a world away.

People like Faisal bin Ali Jaber, whose family was killed in Yemen by U.S. drone strikes, would have preferred a list of names. That way, Jaber believes, he’d finally receive recognition that his brother-in-law Salem, an imam, and nephew Waleed, a police officer, were wrongfully killed.

Jaber’s attorney, Joe Pace of the international human rights group Reprieve, says the numbers can’t be trusted as military-aged men are often deemed militants. His claim is supported by leaked documents obtained by the Intercept, which show that the administration labels unidentified casualties as “enemies,” lowering the civilian death count.

The main reason for the inflated militant casualty rate, according to Cian Westmoreland, a former Air Force technician, is rooted in the fact the U.S. lacks forward observers on the ground to determine casualty identities post-drone strike. Instead, surveillance drones often hover over the aftermath while its operators glean whatever intelligence is possible through the grainy feed.

The U.S.’s covert drone program began in 2002 when the Bush administration launched its first strike on Al Qaeda in Yemen. The strikes dramatically escalated from there, but the White House kept quiet on the hundreds of strikes it was championing thousands of miles away.

The U.S. has also launched thousands of air attacks in Iraq, Syria and Afghanistan. Those strikes are publicly acknowledged and their casualties investigated, but they’re not included in the administration’s newly released tally. Like in those declared war zones, the presumed calculation in the undeclared battlegrounds is that sending troops in would be too risky, especially considering the accuracy U.S. officials tout drones as having.

To some, the statistics may read like a motivated retelling of history. But alongside the tally, Obama also issued an executive order making the protection of civilians a greater consideration in the planning of future military operations. Human rights groups, such as the Center for Civilians in Conflict, will likely call on Congress to codify it into law so that it cannot be thrown out by future presidents.

The administration also announced a new executive order committing the government to annually disclosing statistics relating to drone-war casualties. But as Jameel Jaffer, the ACLU’s deputy legal director wrote in a Monday post, “any executive order signed by President Obama can be rescinded by President Clinton or Trump.

Of course, the next president may not be able to rescind the order without incurring a political cost,” he continues, “but the next president will be able to manage the political fallout by noting that President Obama issued the executive order in his last months in office after having defended near-categorical secrecy for seven years.”