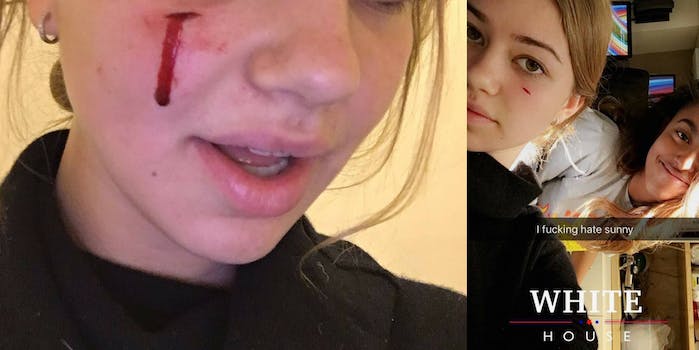 The girl received stitches for the bite on her face.

Perhaps not everyone will be so sad to see the Obama family dogs leave the White House come next Friday.

A friend of the first family was bitten by the youngest of their two Portuguese Water Dogs, Bo and Sunny, while visiting the estate on Monday, Jan. 9, TMZ reported.

According to sources connected to the girl, she had gone to pet and kiss Sunny when the dog bit her on the face. The bite left a small gash under her left eye, which the Obama family physician stitched up.

Though the bite allegedly occurred on Monday, screenshots from a Snapchat story detailing the incident were posted to Twitter the following day by an alleged friend of the victim. Malia Obama is seen with the family friend in two of the photos. 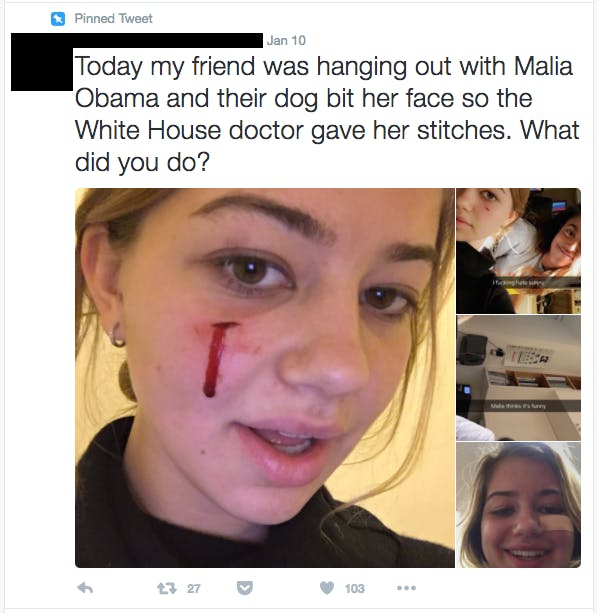 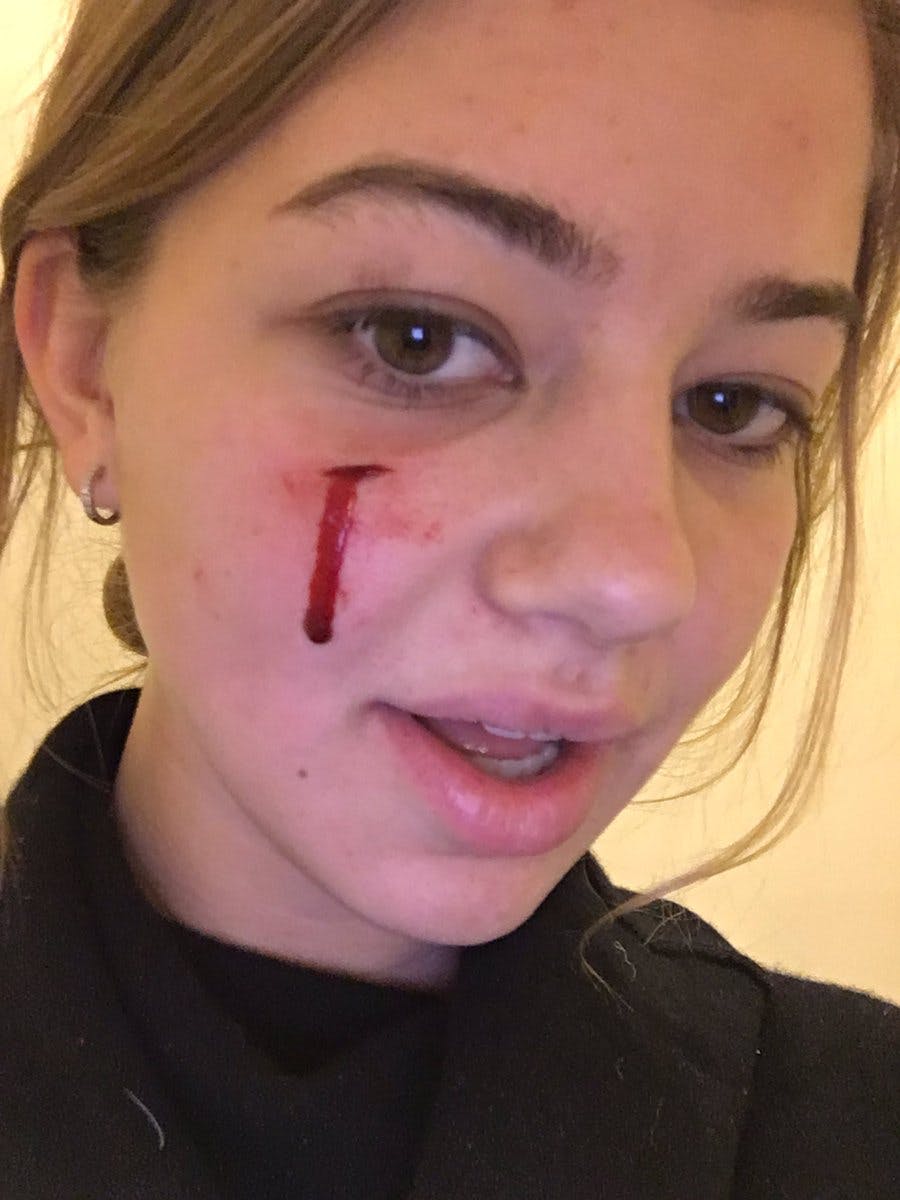 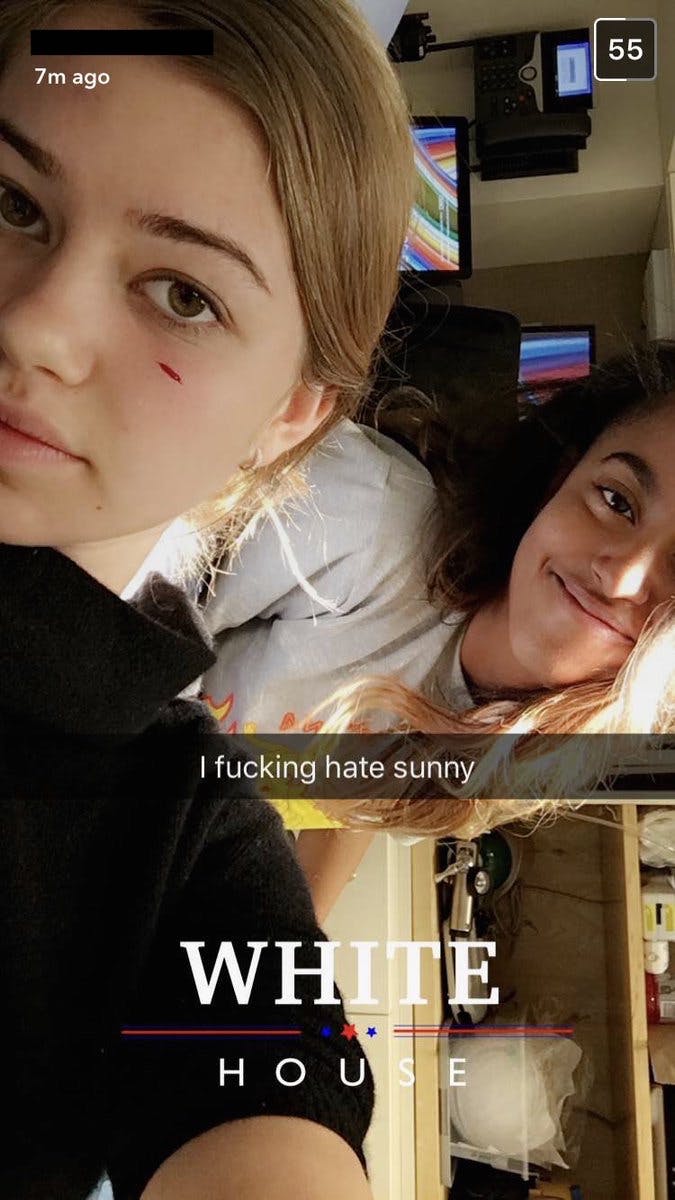 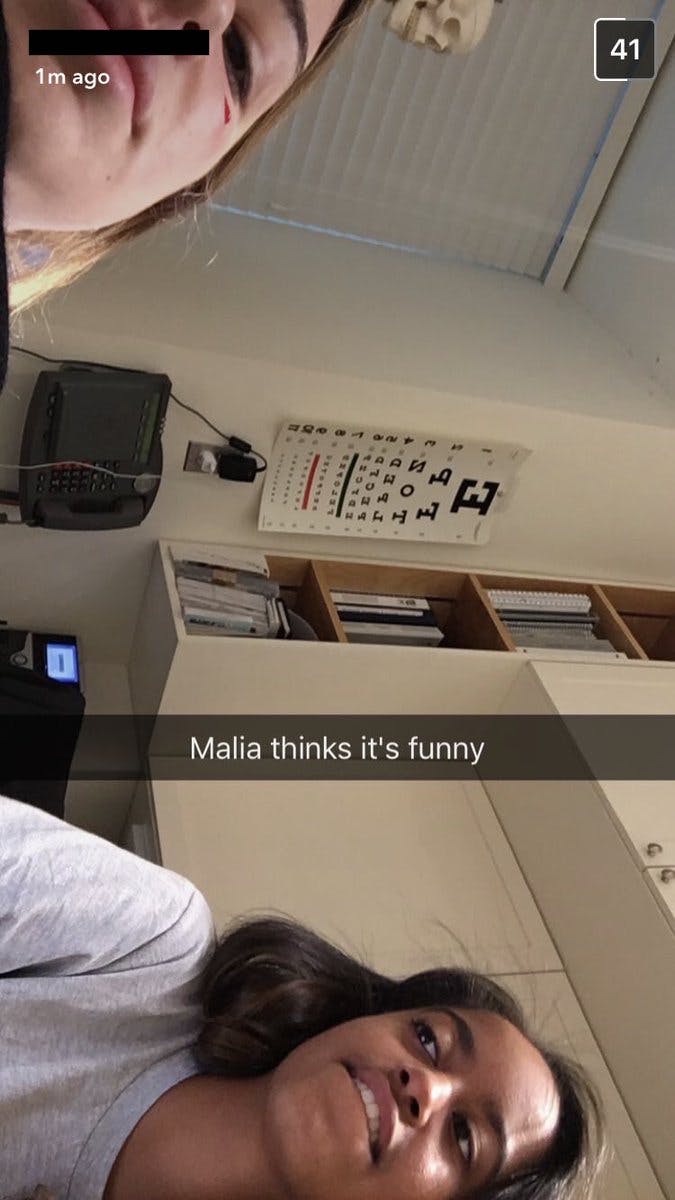 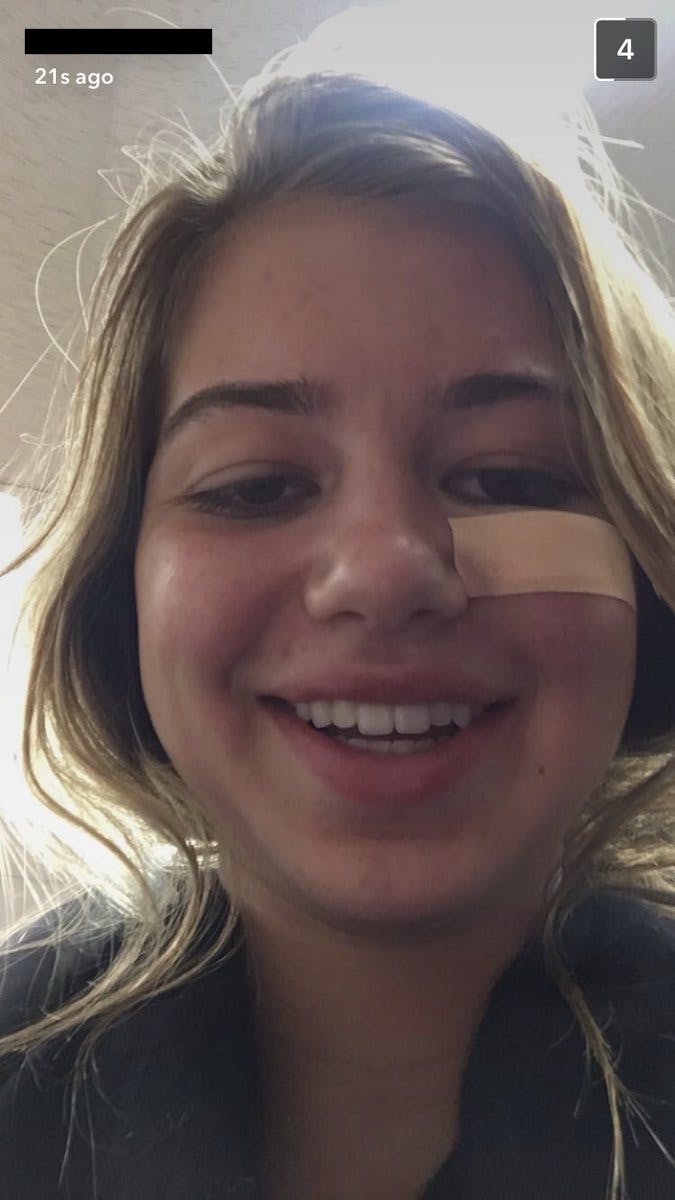 (Editor’s note: Names from the Snapchat photos and Twitter screengrab have been redacted. The Daily Dot does not disclose identifying information of potential minors.)

Sunny is far from the first dog to get a little snippy at White House guests. President George W. Bush‘s Scottish Terrier Barney was known for starting his own share of fights with communication industry members.

In September 2008, Barney bit a Boston Celtics public relations director on the wrist, as well as a Reuters reporter in November, though the former incident wasn’t reported until the latter became public. In both cases, Barney’s bite broke skin and left bleeding wounds.

TMZ reported that the family friend will be alright but will likely have a small scar after the wound heals.

The White House declined to respond to multiple requests for comment. The bite victim did not respond to an email from the Daily Dot sent earlier today.