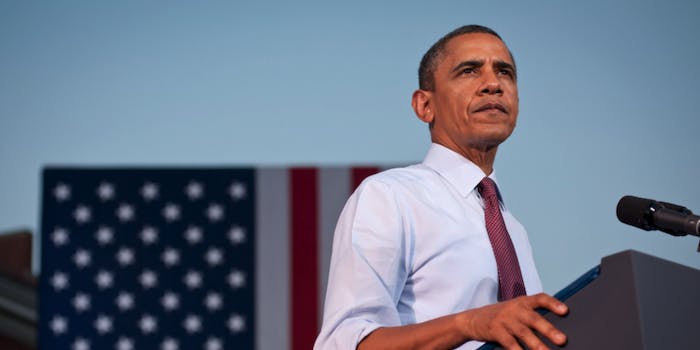 Users are calling on the former president to help the Afghan people attempting to flee the Taliban.

Comments were temporarily disabled on the Instagram account of former President Barack Obama on Monday after users flooded his profile with requests that he help the people of Afghanistan.

In the wake of the U.S. withdrawal from Afghanistan, and as the Taliban took over most of the country, users attempting to leave comments on Obama’s page were barred from doing so.

“Comments on this post have been limited,” a message read.

The comment blackout, which lasted roughly two hours according to the Daily Mail, came after countless users accused Obama of having the “blood” of the Afghan people on his hands.

“The blood of the #Afghan people is on the hands of those who have remained silent in the face of oppression and have made friends with the Taliban,” one user wrote. “History will not forget your crime.”

Harrowing footage from the country shows thousands of Afghans, including those who aided U.S. troops over the past two decades and now fear reprisal from the Taliban, at the airport in Kabul attempting to secure passage from the region.

Obama, who has not commented on the situation thus far, was also widely accused of ignoring the country’s plight.

“Please talk about Afghanistan,” another user wrote. “Who will help these people now?”

Numerous hashtags were also used as part of the campaign, including #help_afghanistan and #afghanistanisbleeding.

While many experts argue that the Taliban would have taken over regardless of which president ultimately decided to withdraw from the country, President Joe Biden is being widely criticized for reportedly ignoring the advice of those who warned that such a poorly planned exit would result in disaster.

In a statement to Fox News, a spokesperson for Obama alleged that there was “no intentionality on our side,” suggesting that the comments were disabled by Instagram and not the former president.

The Daily Dot reached out to Instagram to inquire whether an automated system temporarily limited comments on Obama’s profile but did not receive a reply by press time.

Obama’s spokesperson also added that the former president had “no further comment” on Afghanistan and instead referenced his previous remarks from April applauding Biden for withdrawing from the country.