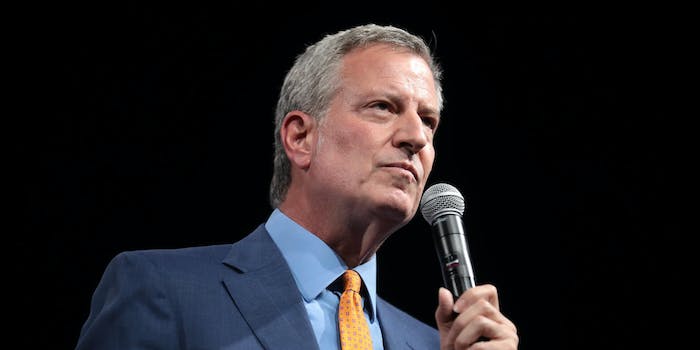 They city had to shut the line down to handle the onslaught.

The New York City call line set up for people to report others who don’t follow coronavirus social distancing guidelines has been flooded with profanities, memes, and even dick pics.

As first reported by theNew York Post, screenshots started circulating of people texting vulgarities and other abuse to the “snitch line,” as it’s come to be known. The mayor was resoundingly mocked in many of the screenshots.

One texted a meme of Adolf Hitler, telling people that reporting social distancing violations was the “Reich thing.”

Another just flipped off the camera.

Others got more creative, such as the person who texted a photoshopped picture of New York Governor Andrew Cuomo with a penis-shaped protective face mask.

The saturation of cranks necessitated briefly shutting down the reporting line, the Post reports.