Derek Smith and his roommate Philip Rossi have had enough of their living situation. You would’ve, too, if you rented an apartment whose ceiling has collapsed four times in the course of your lease, and nobody—from superintendent to local building authority—was willing to do something about it. After traditional channels failed to solve the problem, Smith took his housing war online.

@Gothamist this is the 4th time this has happened in my apartment and @NYCHousing has failed me again. Help? pic.twitter.com/f4cLLpE3Qu

In the three years that he’s lived at 35 Saint Nicholas Terrace in Harlem, Smith told the Daily Dot by email, he’s had plenty of opportunities to get in touch with the New York City Housing Authority about crumbling walls and floors (as well as the mice that have invaded through various gaping cracks), but to no avail. A city inspector came at one point and tallied up some violations that amounted to a huge fine for the building’s management, which then tried to patch things up as quickly and cheaply as possible, ensuring that long-term issues went unfixed.

“Another part of the problem,” Smith wrote, “is our superintendent is also their go-to repair man for plumbing, electrics, carpentry, and really every other possible problem, which suggests he isn’t actually licensed or certified to be making any of these repairs. His current solution for majorly cracked walls and ceilings in our bathroom right now is to put sheetrock over the damaged walls and ceiling. It’s almost unbelievable.” Considering that a major renovation upstairs triggered the first cave-in, a more thorough reconstruction doesn’t seem too outlandish a request. They don’t have properly installed smoke or carbon monoxide detectors, either. 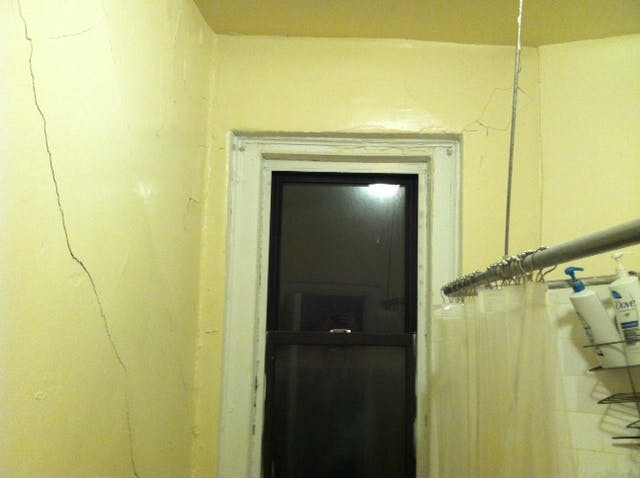 The Daily Dot called what looked to be the building’s current manager, Reliance Realty, and wound up instead in the phone system for Heritage Realty. (Broker Brian Newman founded the former after 10 years with the latter and is also head of Gemstone Properties, a company that Smith says has been trading 35 St. Nick back and forth with Reliance, which operates from the same offices.) We were able to speak with a representative named Jason, who declined to divulge his last name but said another repair appointment had been made, and a prorated rent figure mentioned to the tenants. “$500 out of our $2,100 rent,” Smith confirmed. “No guarantee.”

No kidding. Another of Brian Newman’s seemingly identical companies has been dragged to court over much less: They refused to install grab bars in an apartment so that the elderly couple living there could safely use the bathtub. Besides, Smith says, that $500 deal doesn’t quite square with the landlord’s consistent abuses and failures, not to mention a temporarily useless kitchen and the inhalation of who knows what kinds of toxic dusts. “We mentioned that in our last formal complaint but nothing happened, and there was no response to it at all,” he said. “These issues also halt our ability to live normal lives.” In response to his original tweet, NYC Housing advised him to call 311, which he has done many times, with the same non-results. 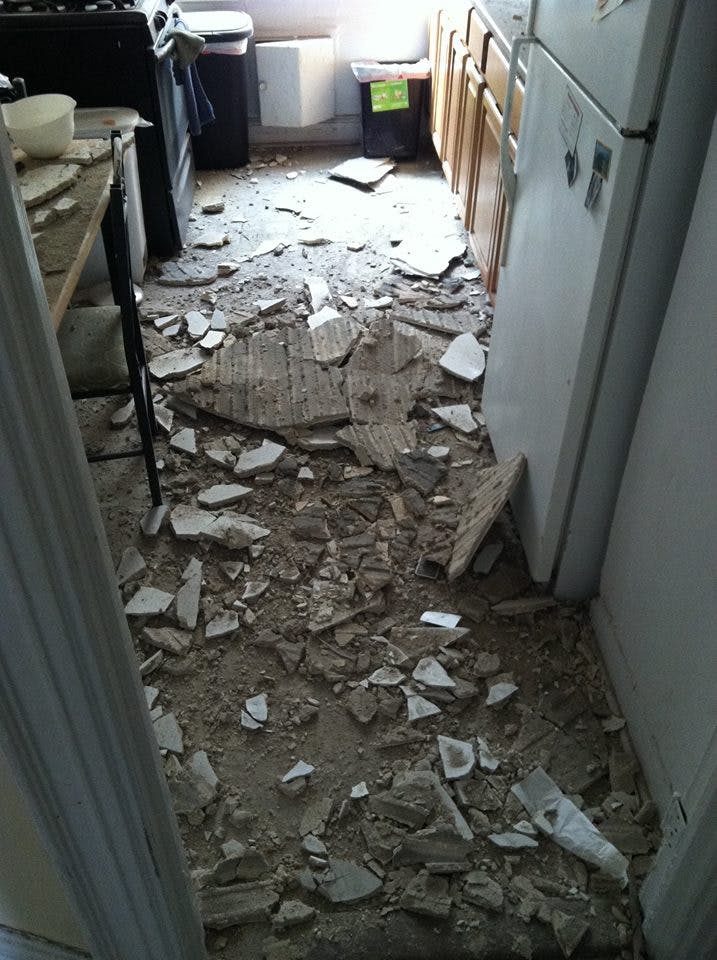 Good thing the Internet is here to share his outrage.