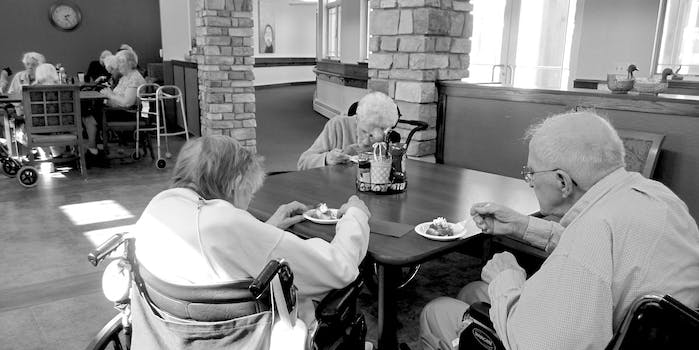 The Wisconsin assisted-living facility worker faces up to 3.5 years in prison.

A nursing assistant faces felony charges after posting a video of a nude, elderly patient on Snapchat earlier this month.

Grace Riedlinger, 21, was fired from the Parkside Manor assisted living-facility in Kenosha, Wisconsin, for photographing a 93-year-old Alzheimer’s patient “in a bra and no underwear and no pant[s],” according to a criminal complaint, ProPublica reported on Tuesday. The patient also reportedly lives with dementia.

Parkside Manor’s administration reportedly became aware of the video after contacted by a Snapchat friend of Riedlinger’s. According to the complaint, Riedlinger admitted to the home’s executive director, “It was immoral and very terribly wrong.”

“It was immoral and very terribly wrong.”

Riedlinger faces up to three and a half years in prison. She was released from custody after promising to pay a $10,000 fine if she violates her bail conditions, which include not being on the premises of any nursing home or assisted-living facility.

Court Commissioner Jon G. Mason called this case “one of the most disgusting” he had heard in a long time, according to Kenosha News, which first reported on it last week.

The Wisconsin incident follows an investigation by ProPublica that uncovered 35 similar cases since 2012 in which nursing home or assisted living workers secretly posted photos or videos of elderly residents on social media. Nearly half of them reportedly involved Snapchat.

“Abusive treatment is not new at nursing homes,” reporter Charles Ornstein wrote for ProPublica. “Workers have been accused of sexually assaulting residents, sedating them with antipsychotic drugs and failing to change urine-soaked bed sheets. But the posting of explicit photos is a new type of mistreatment—one that sometimes leaves its own digital trail.”

Sen. Joe Donnelly (D-Ind.) subsequently called on the Senate Aging Committee to investigate the issue earlier this month, telling fellow members, “It is troubling and disturbing that some seniors are unwillingly and unknowingly victims of exploitation and abuse on social media by some nursing home workers.”