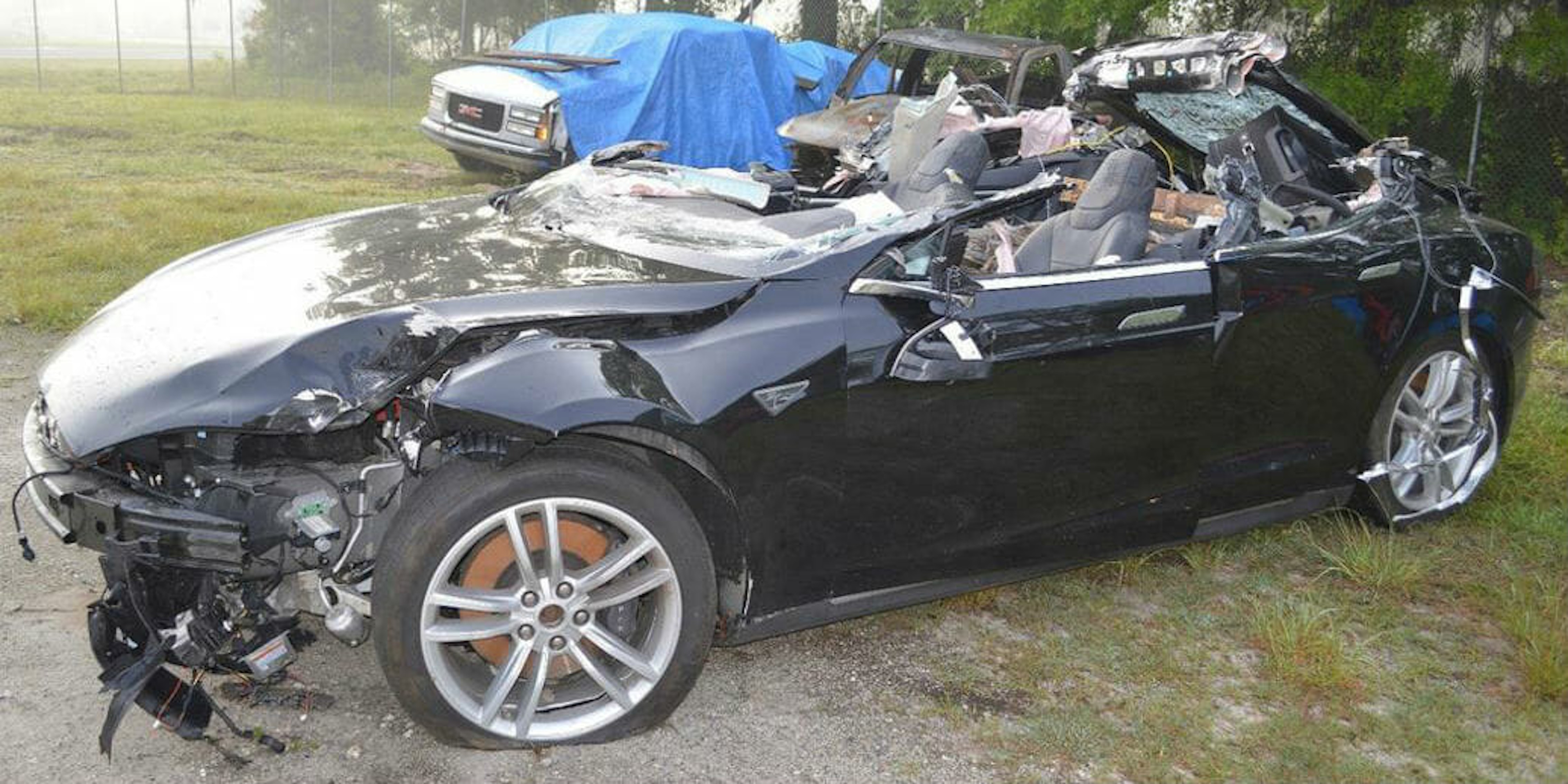 The driver had his hands on the wheel for 25 seconds in a 37-minute period.

An investigation into the first fatal crash in a self-driving car found its driver ignored multiple warnings from the vehicle’s “Autopilot” system.

The National Transportation Safety Board (NTSB) released a 500-page report Monday that says former Navy SEAL Joshua Brown, 40, kept his hands off the wheel of his Tesla for extended periods of time despite warnings from the automated system.

As Reuters points out, during a 37-minute period Brown was told to put his hands on the wheel, he only did so for around 25 seconds. He was shown a visual warning seven times for one to three seconds at a time that said “Hands Required Not Detected.”

In May 2014, Brown, an avid Tesla fan, crashed into a semi-truck in Florida after his Autopilot-enabled Tesla Model S failed to recognize the white side of the truck against a bright sky. The incident received worldwide coverage for being the first fatal accident involving Tesla’s semi-autonomous technology.

Tesla immediate responded to the news by clarifying that its Autopilot feature is disabled by default, and when enabled, shows a notification box that says it “’is an assist feature that requires you to keep your hands on the steering wheel at all times,’ and that ‘you need to maintain control and responsibility for your vehicle’ while using it.”

The NTSB report debunks early reports that claim the driver was watching a Harry Potter movie when the accident occurred. It also discovered Brown had not applied the brakes and set the car’s cruise control to 74 miles per hour—well above the 65 mile per hour speed limit. He “took no braking, steering or other actions to avoid the collision,” according to the report.

In January, the U.S. National Highway Traffic Safety and Highway Administration concluded Tesla’s Autopilot feature was not at fault for the accident, but did recommend that Tesla make the capabilities of its autonomous feature clear to customers.

Tesla has been gradually rolling out new Autopilot features for its Tesla vehicles over the last few years. CEO Elon Musk says level five fully autonomous cars are around two years away for Teslas that feature the company’s second-generation Autopilot hardware.