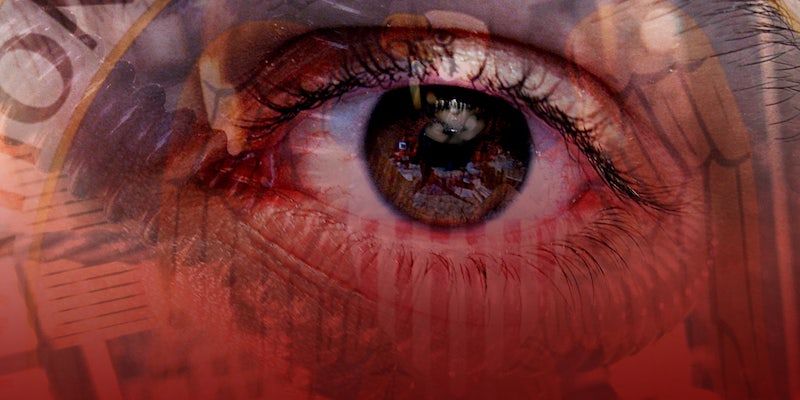 The NSA doesn’t need the Internet to spy on you

A new report claims the NSA bypasses the Internet entirely by going straight to hardware—or by manipulating radio frequencies.

The National Security Agency is capable of hacking into computers even when they aren’t connected to the Internet.

This latest NSA snooping bombshell is part of a report today from the New York Times that quantifies the extent to which the agency has infiltrated foreign computer systems in recent years, using deceptively simple technology to monitor computers thought to be impervious to outside detection.

The agency has implanted special surveillance hardware on roughly 100,000 computers around the world, according to the Times. At the same time, it’s increasingly relying upon radio frequencies to access and manipulate data contained on systems detached from the Web.

Like something out of a James Bond film, U.S. intelligence agencies have created an entire catalog of gadgets that can be covertly inserted into targeted computer devices. Taking the form of tiny circuit boards and USB drives, these devices are most often physically connected to targets, sending out secret transmissions to nearby radio relays that give U.S. officials the ability to keep an eye on the systems while also creating a pathway for future cyber attacks if necessary.

According to NSA documents leaked by Edward Snowden, along with reports from computer experts and U.S. government officials, the American government has been using this technology since at least 2008, as part of a project code-named Quantum. The most frequent targets have been specialized units of the Chinese Army devoted to cyber espionage and attacks against the United States. Ironically enough, President Barack Obama and officials have condemned China for using similar technology.

A spokeswoman for the NSA, however, drew a distinction between U.S. and Chinese cyber espionage, painting American efforts as purely defensive.

“We do not use foreign intelligence capabilities to steal the trade secrets of foreign companies on behalf of–or give intelligence we collect to–U.S. companies to enhance their international competitiveness or increase their bottom line.”

The details and extent of these specialized spying operations have been brought to light in recent months by Snowden, however none of the documents he released show evidence that such offline spying capabilities have been used domestically against U.S. citizens.

A 2008 map released by Snowden indicates that more than 50,000 machines worldwide have been implanted with American snooping devices. More recent budget documents suggest that figure would rise to 85,000 by the end of 2013, but an anonymous official cited by the Times said that number was likely closer to 100,000. Many times these devices are inserted by covert agents, manufactures or unsuspecting users.

The NSA has claimed such capabilities are only used for “active defense.” But independent reports suggest this technology was used in a massive cyber attack against Iran’s nuclear program between 2008 and 2010. In what is known as the Stuxnet attack, malware was uploaded to Iranian computer systems that caused the explosion of nearly 1,000 centrifuges used for enriching uranium, delaying the country’s development of nuclear technology.

This is just the latest revelation about the extent to which the NSA is willing to go to gather information. Last year, the country was alerted to the existence of PRISM, another NSA program which allowed the agency to access the electronic communications metadata of virtually all U.S. citizens. And more recently, we were informed that the agency has spent $80 million trying to develop a theoretical quantum computer that could potentially allow the agency to bypass virtually all existing forms of computer encryption.

Photo by Art Within Beauty/Flickr