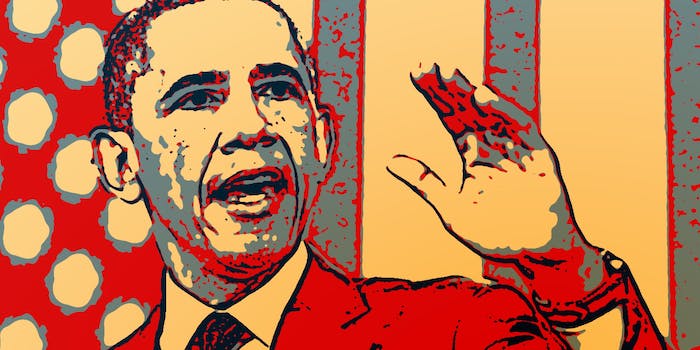 This marks the end of a chapter in the war over privacy and security.

A federal judge ruled on Monday that he “cannot, and will not” allow the National Security Agency to continue mass collection of Americans’ phone records.

In the ongoing war over the NSA‘s surveillance and security practices, this battle—Klayman v. Obama—was won by privacy advocates who sued the Obama administration based on revelations from former contractor Edward Snowden.

U.S. District Judge Richard Leon said in his 43-page ruling against the NSA that the government sought to “trump the Constitution merely because it suits the exigencies of the moment.”

The NSA has for years collected of millions of Americans’ phone records, which include the identity of callers, time and duration of calls, but not the contents of the calls themselves. The NSA does this in an attempt to sniff out connections between terrorists and any other threats to national security, but its sweeping intelligence gathering roped in innocent citizens.

Earlier this year, Congress passed the USA Freedom Act, which mandates an end to the NSA’s bulk phone-data collection program by Nov. 29. The NSA asked Leon that it be allowed to transition away from the program at a slower pace. Leon rejected the request.

“Although this court appreciates the zealousness with which the government seeks to protect the citizens of our nation,” wrote Leon, “that same government bears just as great a responsibility to protect the individual liberties of those very citizens.”

Instead of mass warrantless collection, the NSA will now have to obtain authorization for more targeted surveillance from the Foreign Intelligence Surveillance Court (FISC). The collection of phone records will now be relegated to telecommunications companies, rather than the NSA, which will have to obtain a warrant to access that data.

Because the NSA’s phone-data collection is set at the end of this month, Leon called Klayman “perhaps the last chapter in the judiciary’s evaluation of this particular program’s compatibility with the Constitution.”

In 2013, just months after Snowden’s first revelations, Judge Leon ruled that the NSA’s collection program was “almost Orwellian” and most likely unconstitutional. Other judges have ruled the NSA program legal.