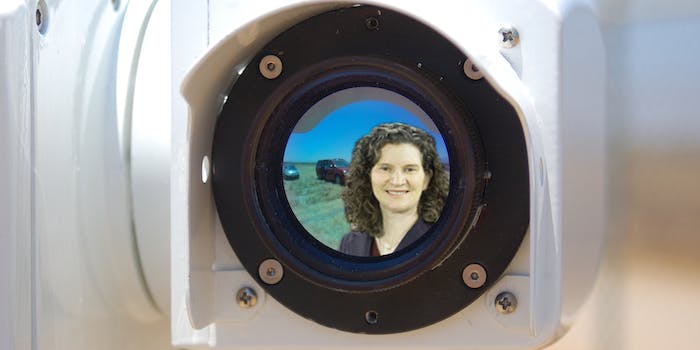 For the first time in its 61-year history, the National Security Agency has hired a dedicated Civil Liberties and Privacy Officer.

Rebecca Richards will now lead the NSA‘s Civil Liberties and Privacy Office, and report directly to Keith Alexander, the agency’s director until his retirement in March.

Richards’s exact duties are somewhat vague, but the agency said she would “develop measures to further strengthen NSA’s privacy protections” and provide oversight of the NSA’s “NSA’s civil liberties and privacy related activities.”

In its press release about Richards’s hiring, the NSA stressed that it was making good on yet another of President Obama‘s promised reforms to restore public faith in the government’s spy agencies. Two weeks earlier, Obama had given his most robust promises of reform yet, like that the NSA will no longer be given unfettered access to its database of every American phone record—instead, the NSA will need a court order.

Unlike Obama, though, the NSA made no mention of Edward Snowden, the former contract systems administrator who in 2013 stole away from the country, hard drives of agency training documents in tow. His actions preceded the NSA reforms, though the U.S. has been reluctant to credit him, and maintains he’s still wanted on charges of violating the Espionage Act.

Exactly how much the NSA directly violates privacy laws and regulations, as opposed to simply following the letter of the (sometimes secret) law, is often unclear. Two recent reviews—one hand-picked by Obama himself, the other a government civil liberties oversight board—agreed that reforms were needed, but disagreed on whether the NSA’s actions have been illegal.

While most government representatives have maintained the NSA hasn’t actively, “willfully” spied on targets who aren’t relevant to national security, other Snowden leaks, like the one that shows many agents have spied on former or potential lovers, indicate otherwise.