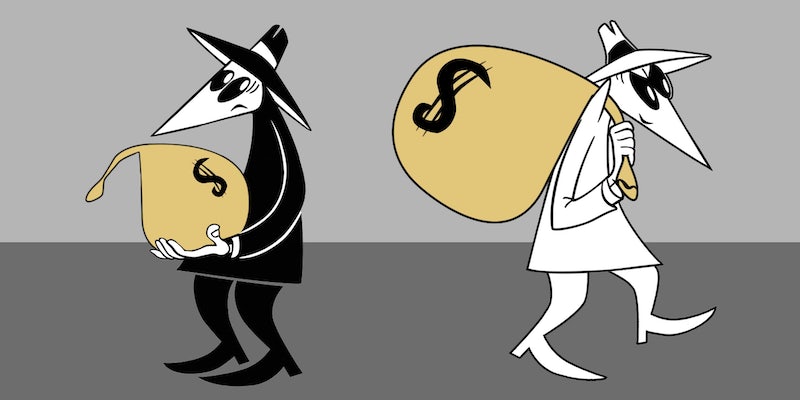 One of the most fascinating National Security Agency documents leaked by former contractor Edward Snowden is the “black budget,” which details intelligence agencies’ spending.

So some members of Congress have a bright idea: Since everybody can read the last one, and it seems so scandalous, why not declassify it?

Introduced Tuesday, the Intelligence Budget Transparency Act would put the onus on the President each year to put a dollar figure on each intelligence agency’s proposed budget.

“The biggest threat to the successful implementation of a vital national program is the combination of unlimited money with non-existent oversight,” Rep. Peter Welch (D-VT), one of the three members of Congress who introduced the bill, announced Tuesday.

“Disclosing the top-line budgets of each of our intelligence agencies promotes basic accountability,” he argued.

Released in an annotated Washington Post article in August, the black budget leak showed that the NSA receives more than a fifth of the country’s total money put toward intelligence, and that the U.S. has put more than half a trillion dollars towards surveillance since 9/11.

The bill already has a handful of cosponsors, notably including two of the House’s most vocal critics of the NSA: Justin Amash (R-Mich.), who introduced the ill-fated amendment bill to defund the agency’s practice of tracking Americans’ phone data, and Jim Sensenbrenner (R-Wis.), whose anti-NSA USA Freedom Act has a strong chance to pass.

The bill’s authors also wrote a letter to President Obama, hoping that maybe he’ll made the black budget’s numbers public without the need of such a bill.

Or maybe it’ll be a moot point, and another Snowden will crop up next year.