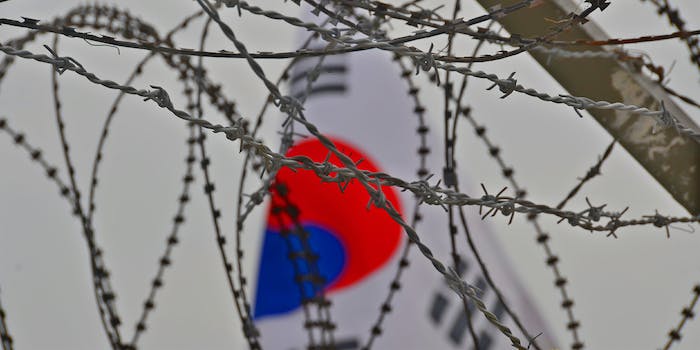 After 68 years, the Korean War may finally be over

North and South Korean leaders are meeting next week.

North and South Korea are set to finally declare an end to the Korean War, nearly 70 years after it began.

The Korean War began in 1950, and although armed conflict ended with an armistice in 1953, the war never formally ended. Now, at a meeting between North Korean Premier Kim Jong Un and South Korean President Moon Jae-in next week, the two nations are expected to issue a statement that could declare an end to the war.

The news comes from an unnamed South Korea official who said the countries have been in negotiations around the matter in advance of the summit.

The end of the war could be another step in a de-escalation of tension around the rogue state. While President Donald Trump has threatened North Korea numerous times, the country has agreed to discuss ending its nuclear weapons program and sent a delegation to the Winter Olympics in Pyeongchang, South Korea.

The nations will also reportedly discuss de-arming the heavily militarized border between the two countries.