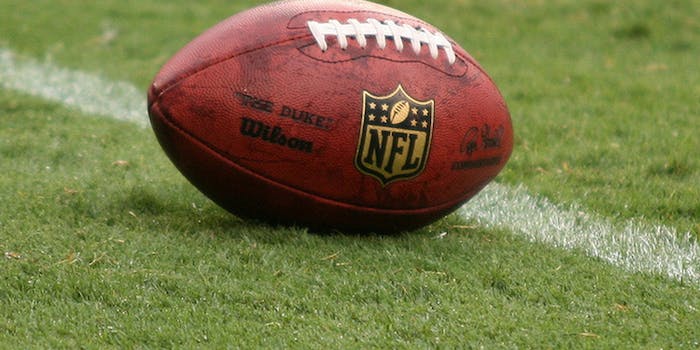 The presence of technology on the field has never been greater as the NFL season draws to a close Sunday with the Panthers and Broncos fighting to hoist the Lombardi trophy.

Unfortunately, technology fails. And it did this season. A lot.

In honor of the season, here are the top five NFL technology letdowns— highlighted by the league’s new tech partnerships with Microsoft and Bose.

5) A headset problem with a surprising scoreline

I know what you are thinking after looking at that scoreline, the Eagles had troubles with their headsets and the Buccaneers capitalized with their biggest win of the season. That is not what happened. It was the Buccaneers who ran into technical difficulties on this cold day in November. Offensive coordinator Dirk Koetter was not able to communicate with quarterback Jameis Winston throughout the first quarter, leaving Winston to improv the offense. Hey Bucs fans, you might want to start thinking of ways to interfere with your team’s radios.

When modern technology fails it’s nice to be able to revert back to the comforts of pen and paper. But what happens when your fancy tablet and printer don’t work? That’s the situation the Dallas Cowboys found themselves in against the rival Redskins when their Microsoft Surface tablets and sideline printers went on the fritz. The unfortunate partnership of failures meant the Cowboys could not review any of their plays. Thankfully, the NFL has thought this one through and a rule was in place keeping Washington from using its playbook until Dallas’s technical difficulties were fixed. The technological failures were the most interesting part of this low-scoring Cowboys victory.

3) A small problem during a big game

@DavidCattai The headset throw is going to become the new mic drop. pic.twitter.com/umRIdukksY

Part one of the Patriots’ involvement in a game with technical oddities (this year). And you guessed it, it happened to their opponents, the Kansas City Chiefs. Chiefs coach Andy Reid said in a postgame interview that the radio between the coaching staff and quarterback Alex Smith failed for a short time during the first half. Reid later said he did not think there was anything out of the ordinary about the incident—something one has to say anytime things go haywire in a Pats game.

Mike Tomlin PISSED about Steelers headsets going out. This is good. pic.twitter.com/VgYrJt0pBx

The incident that started it all off this season. After the Patriots home opening victory over the Steelers, coach Mike Tomlin said that his staff suffered radio issues for most of the first half of the game. In the postgame interview, Tomlin said the failure resulted in him listening to the Patriots’ radio broadcasts and that it is always the case that technical difficulties arise when his team heads to Foxborough, Massachusetts. It was another blow to the reputation of the Patriots just two official NFL weeks after Deflategate. We’re thinking Pittsburgh players will be wanting their Beats back.

Sweet redemption for Broncos fans who feel cheated by last year’s Deflategate scandal. This time it was the Patriots who ran into technical difficulties during the first half of the AFC Championship. And again, Surface tablets find their way onto this list. For at least one possession the Patriots were without their high-tech playbooks due to problems with the tablets. Belichick said in his postgame press conference that technical issues are a “pretty common problem” and that his team keeps printed backups because they are more dependable than tablets. A spokesperson for Microsoft told the Daily Dot that the issues were due to the network connection, not the tablets themselves.

You can expect more in seasons to come as technology continues its growth into the sports industry. And a necessary shout-out to the Buffalo Bills who had a terrible time with their COMM systems this year—but owned the meltdowns.

“It’s just hard—we have no idea what it is,” Bills coach Rex Ryan said, according to ESPN. “Sometimes it goes out; sometimes it doesn’t. I think it’s our responsibility as a team.”

Quarterback Tyrod Taylor added: “It’s kind of out of our control… We got to keep continuing to fight through it.”