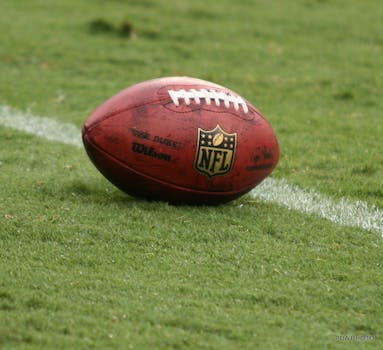 The National Football League planned to make as much hay as possible with the announcement of its 2016 regular season schedule. It had prepared wall-to-wall coverage on NFL Network, breaking down every team’s path to the Super Bowl as soon as it dropped at 8pm ET on Thursday, April 16.

Then an anonymous Twitter user beat them to the punch.

Schedules for teams started leaking online—first with individual games, then the full, 17-week schedules. Social sites including Reddit hopped on the information, dispersing nearly every squad’s games—from opening kickoff on Sept. 8 to the season closer on New Year’s Day—before NFL Network even went live with its broadcast.

One of the sources that started spreading the information was @NFL_Leaks, a Twitter account that was created the day of the NFL’s planned schedule release extravaganza and has only gained momentum since.

The first tweet from the account announced a planned week 12 matchup between the Los Angeles Rams and New Orleans Saints, set to be played at the Mercedes-Benz Superdome. The tweet came three hours before the NFL’s official announcement, but was borne out to be true that evening.

The same goes for just about everything else the account tweeted. It nailed the full Saints schedule, confirmed major matchups set for Sunday Night Football, Monday Night Football, and Thanksgiving day. The account even noted that the NFL would push the majority of its week 16 games to Saturday, Dec. 24, instead of playing on Christmas.

NFL Schedule Leak: Most Week 16 games will be played on Saturday Dec. 24 instead of Sun Dec. 25

Despite nailing a considerable amount of leaks in a short period of time, the account didn’t really gain much traction until it dropped a picture of the NFL’s planned Color Rush—a week where each team has its jersey reworked to a single, vibrant color pulled from its color scheme.

Last year the monochromatic jerseys were a bold but ill-received experiment on the field—especially for the colorblind, who were left wondering which teams were which—but that didn’t stop the NFL from expanding on the event to put every team in the league in a Color Rush uniform for Thursday games during the 2016 season.

The NFL hadn’t announced that, and now it won’t have to thanks to @NFL_Leaks.

The proprietor of the count said the Color Rush leak is the first to get as much attention as it has—prompting news organizations to pick up the story of the leak—but it’s far from his first time beating the NFL to the punch on its own news; he’s been leaking information to the public since 2012.

“I am a huge NFL fan as it is and have been very active in the NFL fan community for a long time and wanted to provide some original content that I myself was able to provide, which was the leaks,” he explained to the Daily Dot.

The person behind @NFL_Leaks first noticed that many major sports websites host assets and images without any sort of protection. Through a bit of digging and guess-and-check, he has been able to find URLs that host yet-to-be released information. It’s a practice he says he has successfully executed for over a decade now.

“I’ve known about the vulnerability for it since 2004 but started intentionally looking for leaks online in 2005,” he said. Over the years, he’s amassed folders full of leaked images and information, including unused designs for Super Bowl and Conference champions.

It wasn’t until 2013 that he began going beyond the design assets. At that point he expanded to “just about anything and everything I could find.” He said he’s found information about Pro Bowl players and even the pick for NFL MVP before the league had a chance to announce it.

Before the @NFL_Leaks account, which quickly amassed a small following of NFL fanatics hungry for more information, the person running the account found other ways to share the information. He said that he shared the Pro Bowl lineups and award winners with Reddit, but he received a tepid response.

“At one point, I used to send the leaks to an ESPN employee who posted them on his profile,” he said. “The NFL messaged him to stop posting them.”

There’s no particular need to send the information off to anyone else now that @NFL_Leaks has a sizable audience of its own, and the account creator doesn’t intend to leave his followers hanging; he’s already teased that the account would release an early unveil of a new uniform for the Los Angeles Rams before the team has the opportunity to show them off.

LA Rams to unveil new uniforms after the NFL Draft. I’ll have a leak in the coming weeks of it before it’s unveiled.

Since much of the information comes directly from official sources, it’s easy to quantify as being legitimate. When needed, like in the case of scheduling information, @NFL_Leaks often seeks additional sources to confirm the information before sharing it.

NOTE: My tweets have 3 different levels.
(Rumored): One or two sources
(Heavily Rumored): Three or more
(No tag): Has been confirmed

Interestingly, @NFL_Leaks isn’t alone in its quest to dispense the information football fans clamor for; a redditor named notnike has been providing similar information and appears privy to the same insight that the owner of @NFL_Leaks has gotten his hands on.

Notnike dropped his own list of Color Rush uniforms earlier this year, and each color described by the account was nearly identical to the ones that appear on the leaked document from @NFL_Leaks. The redditor also hinted at a Rams jersey redesign in coordination with the team’s move to Los Angeles, and a complete reworking of the Detroit Lions uniform in 2017—a rumor that @NFL_Leaks said he was also aware of.

What will be interesting to watch, as @NFL_Leaks gathers followers and credibility, is how long Twitter allows the account to operate uninterrupted. None of the information the account shares is necessarily sensitive—it’s all designed for public consumption, just at a later date—but Twitter may feel a vested interest to protect the NFL since social media platform has the rights to stream 10 Thursday Night Football games during the 2016 season.

This fall Thursday Night Football will be streamed live @twitter so fans will see more of this. https://t.co/s6tbr9FjvY

It’s not entirely clear if @NFL_Leaks violates any of Twitter’s policies on private information, and Twitter notes in its rules that, “although you may consider certain information to be private, not all postings of such information may be a violation of this policy.”

For the time being, the account remains active and has plenty of information that will make its way to followers before it hits the press wire. And if the Super Bowl is actually rigged and played months in advance on a sound stage in a New Mexico desert, @NFL_Leaks is our best shot at finding out.  He’d be the source for picks.

The NFL did not respond to request for comment on this story.