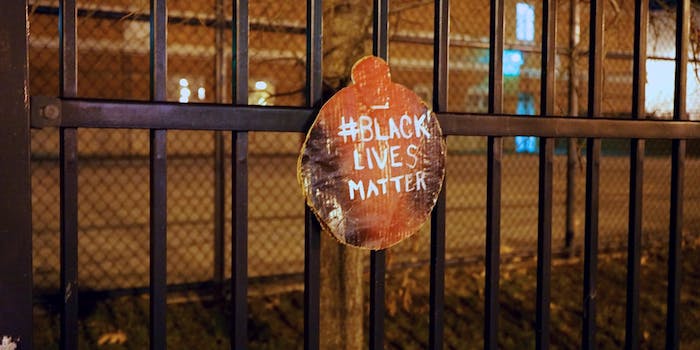 The director called the activist a “racist pig” on Facebook.

A director at New York Life, one of the largest U.S. life insurers, was fired on Wednesday after sending threatening and disparaging remarks to a leader of the Black Lives Matter movement.

Corey Multer—formerly a managing director for the insurance company—was terminated after contacting Shanelle Matthews on Facebook and calling her a “racist pig whore.” Multer also wrote: “The world would be a much better place if you jumped in front of a moving train. Die!”

A spokesperson for New York Life said Multer’s comments were “completely indefensible and inconsistent with the values” of the company. “This individual is no longer employed by New York Life,” the spokesperson told the Daily Dot in an email.

“What Mr. Multer’s vicious remarks actually say is that my values and beliefs are not only wrong and unvalued but that I deserve to die because of them,” wrote Matthews on Facebook, further suggesting that Multer may have singled her out due to her support of Palestinian rights.

“We all have a moral and ethical responsibility to hold accountable those who use rhetoric to incite unprovoked violence, to affirm that a grievance of disagreement does not warrant a death wish, and that people’s sexual proclivities don’t make them disposable,” added Matthews.

Black Lives Matter, which defines itself as a movement for “dignity, justice, and respect,” works to address racial inequities in the U.S. justice system, and has stirred a national conversation about racism and fatal police shootings of black Americans.