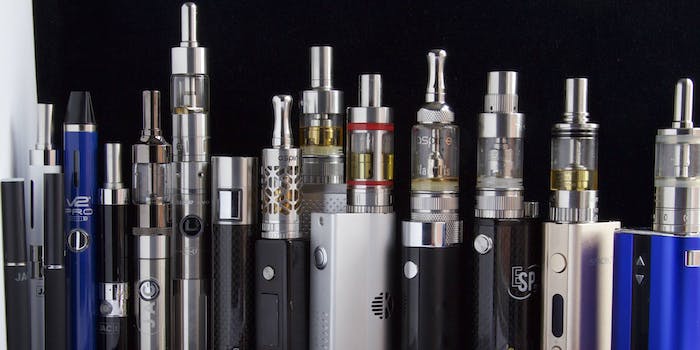 But they don’t tell the whole story.

Two new studies released Tuesday have put electronic cigarettes in a positive light: They could be the ultimate quit-smoking tool.

The first study was published in the British Medical Journal (BMJ), and it found that while using e-cigarettes did not prompt people to quit, their increase in use was associated with an increase in successful smoking cessation.

At the same time, another review by a different British group sought to update some old information. Two years ago, researchers published an analysis of a few randomized, controlled trials and found that e-cigarettes helped people quit smoking. While new randomized, controlled trials have come out since then, the researchers added 11 observational studies that also showed no adverse effects from vaping with e-cigarettes for up to two years.

But these studies don’t close the door on e-cigarette research. The Daily Dot investigated all the science out there earlier this year. We found there are many studies that do find hints that e-cigarettes, which are only about 10 years old, may lead to slow-developing heart and lung diseases.

Not to mention that lots of other studies find the opposite is true: Using e-cigarettes keeps people smoking, and doesn’t help them quit. This shows that the evidence isn’t complete yet, and more research needs to be done.