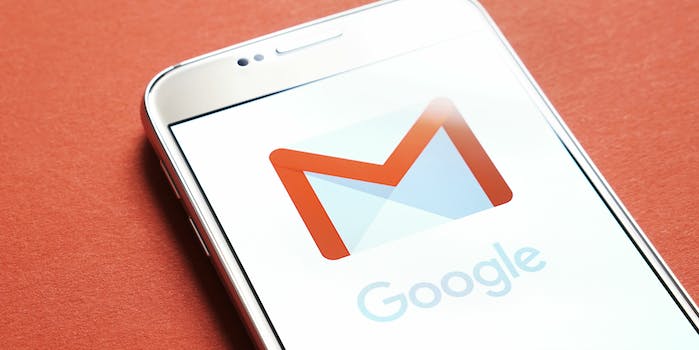 Expiring emails, calendar integration, and offline mode are a few of the standout additions.

The biggest update in Gmail history has arrived.

Along with some major visual changes, the world’s most popular email client will gain a handful of productivity and security features, including self-destructing emails, snooze, and Smart Reply.

Google is putting an emphasis on security, adding a new “confidential mode” designed to keep your sensitive messages away from prying eyes. One of its standout features is the ability to send self-destructing emails by setting a date and time for when the message expires. You can also revoke messages if they were sent by accident or to the wrong recipient.

The update brings two-factor authentication—an increasingly common security layer that requires additional verification via text—to individual emails. When enabled, the recipient will need to verify their identity using a code sent to their phone via SMS before they can open an email. This ensures sensitive conversations don’t get intercepted by hackers who may have hijacked your contact’s computer.

Rounding out the security features is what Google calls Information Rights Management (IRM), controls that allow you to remove the options for recipients to forward, copy, download, or print messages. The goal is to keep people from sharing confidential information. Of course, someone who deliberately intends to circulate sensitive conversations could always take a screengrab or photo of it. IRM mode was instead built to prevent people from accidentally leaking info.

“What we’ve seen, especially in business scenarios, is that lots of these leaks happen accidentally or near accidentally. They didn’t realize they weren’t supposed to forward the email, or they saw ‘Do not forward’ but they didn’t think it applied to them and hitting the forward button was just so easy,” Jacob Bank, the lead product manager for Gmail, told Tech Republic.

On the visual side, Google is taking measures against phishing attacks, when bad actors try to trick people into pressing on a malicious link. Now, Gmail will display a massive red (or yellow depending on the risk) banner within suspicious emails that reads: “This message seems dangerous” when its machine-learning algorithms are triggered.

Other features include snooze and nudging, both taken from Google’s more experimental Inbox app. Snooze is rather self-explanatory. It gives users the option to resurface emails in a few hours, a day, later in the week, on the weekend, or next week. This way, users can keep their inbox clean and organized without missing important conversations they might not have time to address.

Where snooze requires you to take action, “nudging” does all the work for you by automatically resurfacing emails Google deems important. It does so using complex algorithms that determine who sent you the email, what its contents are, and whether you’ve forgotten to reply to an important thread.

Along the same lines is the introduction of “high-priority notifications” to the mobile app. Relying heavily on AI, the feature, when turned on, will only notify you of a new email if it thinks it’s important to you. All other emails will quietly enter your inbox without disturbing you. You do run the risk of missing something important, but if Google’s AI is as reliable as it claims, high-priority notifications could stop you from wasting time looking at unimportant emails. Bank told the Verge the feature cut email notifications for some users by 97 percent.

It wouldn’t be a Google release without multiple AI features. The company is also using its machine learning prowess to bring Smart Reply to the web client. If you’ve used the Gmail mobile app, you should be familiar with the feature. It scans your messages and gives you suggested responses you can send with a single click. So, if you receive an email from someone who says they’re sick, Gmail might recommend replying “I’m sorry to hear that” or “Is there anything I can do to help?”

Another new feature that could potentially be useful to a significant portion of Gmail users is an offline mode. It will let you store, search, write, respond, delete, or archive up to 90 days of emails.

Along with a string of new features, the look and feel of Gmail have also changed. You can now take action on emails without having to press into them. Just hover over an email from your inbox and icons to archive, mark as read, delete messages, and snooze will appear. You can even view attachments, which appear below an email’s subject line, without having to scroll through conversations. The streamlined UI makes the desktop version feel more like the mobile app, where users can simply tap on an email from the inbox to make changes.

Perhaps the most noticeable visual change is the addition of a right sidebar that houses widgets like Calendars, the note-taking app Keep, and Tasks. This should make it easier to schedule meetings and store important bits of information without ever having to leave an email or open another tab. There are also three new layouts to choose from: default, comfortable, and compact. Each controls how much space is dedicated to email content with compact showing the most amount of messages in a single view.

Google will start a gradual rollout of the new features today, so don’t worry if they haven’t arrived just yet. In the meantime, individual users can give the new email client a test run by going into their settings and selecting “Try the new Gmail.” If you’re not a fan, you can always revert back to the old interface.