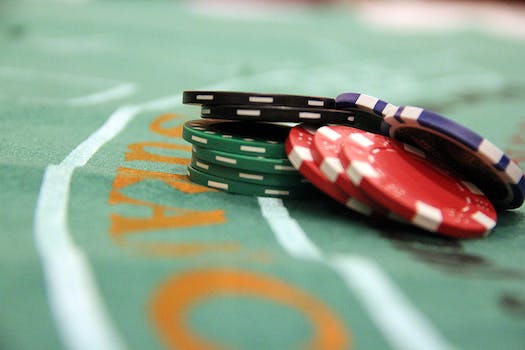 Shut up and take my money!

Our long national nightmare of not being able to play poker in our underpants is over.

This week, Station Casinos went live with Ultimate Poker, heralding the return of legal online gaming to the United States for the first time since a federal ban went into effect several years ago.

The launch comes after Nevada lawmakers voted to allow in-state online poker play last year. Ultimate Poker games are only available to Nevada residents over the age of 21 at the moment, but elected officials in Carson City and other state capitols are working to expand online gambling to players nationwide.

The site will operate under a temporary 30-day license while working out the kinks, according to the chairman of Nevada’s Gaming Control Board. During that time Ultimate Poker will have to prove it can effectively verify the age, identity, and location of digital poker players before it receives its full gaming license.

Ultimate Poker, which has a brand partnership with the Ultimate Fighting Championship, currently offers nightly games with prize pools of $1,000 and a pair of $10,000 Sunday games. These are the first online games to legally be played with U.S. currency since the federal government began enforcing the Unlawful Internet Gambling Enforcement Act of 2006. The bill, which prohibits U.S. banks from funnelling money into online gaming operations, has left several loopholes that have allowed states and Bitcoin casinos to circumvent the federal ban.

The debut of Ultimate Poker comes more than a year after Nevada Gov. Brian Sandoval, a staunch advocate for online gaming, signed into law a bill that would allow anyone within the state of Nevada to gamble online through sites connected to brick and mortar casinos. But the industry was slow to seize upon this new frontier because the in-state customer base was just too small.

“[T]hat’s real the issue for us,” Nevada Resort Association Lobbyist Pete Ernaut told the Las Vegas Review-Journal earlier this year. “It’s imperative for the success of this that we compact with other states because we don’t have a universe of players.”

That’s exactly what legislation enacted in February will allow Nevada to do. The new legislation increases the number of games that online casinos are able to offer, while simultaneously giving Nevada the ability to enter into compacts to provided virtual gaming in other states, doing an end-run around the UIGEA.

The expanded bill sparked greater interest from online gaming providers. More than 20 companies had applied for provisional licenses before the bill was even enacted two months ago, and news of its passage led to a spike in  Zynga’s stock price. The state has already awarded its first interstate gaming license to 888 to provide online gaming services for several Vegas Casinos, including Caesars Interactive Entertainment.

The launch of Ultimate Poker is another first for Nevada, which continues to lead the race to bring legal online gambling back to the United States. Lawmakers in New Jersey and Delaware have also given their approval to online gaming. In New Jersey, one of the leading providers of online poker before the 2011 federal crackdown, Pokerstars, has already gained preliminary approval to buy and resurrect an Atlantic City Casino.