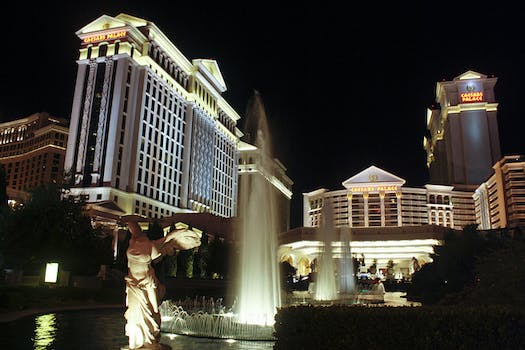 Nevada pushes all in for online gambling

Nevada has been awarded its first gaming license to a purely digital betting establishment.

Mere weeks after becoming the first state to allow online gambling after a federal ban was enacted several years ago,  the Nevada Gaming Commission awarded its first online license to the Gibraltar-based gaming operator 888 on Thursday. The move paves the way for 888 to reestablish itself in the U.S. for the first time since it closed up shop in 2006, following passage of the Unlawful Internet Gambling Enforcement Act by Congress.

“This is an historic moment for 888,” said company CEO Brian Mattingley in a statement. “This is the first time a company uniquely providing online gaming has been licensed by any US jurisdiction.”

According to Mattingley, the company will still have to undergo a review process before it can set up shop. Once it has met the state’s standards, the company can provide online gaming capabilities for a number of casinos in Nevada, including Caesars Interactive Entertainment.

“We’ve entered into a partnership with 888 to have them provide the software and the technology for our online poker brand,” Caesars spokesman Seth Palansky told the Daily Dot. “We excited that the project’s moving forward.”

The news comes after last month’s decision by Gov. Brian Sandoval and state legislators to expand online gaming beyond Nevada’s borders. The new bill allows Nevada to enter into compacts with other states to provide online gaming. It also expands the kinds of games Nevada-based online casinos can offer. 888 was one of more than 20 companies that had pre-filed applications with state regulators even before the legislation was signed into law.

Nevada is leading a state-by-state movement to reestablish legal Internet gaming in the United States. Many of the country’s leading online betting and poker providers were shut down in 2011 when the federal government began enforcement of the UIGEA. The anti-gaming statute forbid U.S. banks from funnelling money into online betting operations, but it left open other avenues for states to permit and regulate online gaming. Still, other gambling establishments have gotten around the law by using Bitcoin, a difficult-to-trace digital currency.

In addition to Nevada, New Jersey and Delaware lawmakers have also passed laws to allow Internet gaming to return to their states. In New Jersey, one of the leading providers of online poker before the 2011 federal crackdown, Pokerstars, has already gained preliminary approval to buy and resurrect an Atlantic City Casino.

H/T The Next Web | Photo via Bingi Srikrishna/Flickr