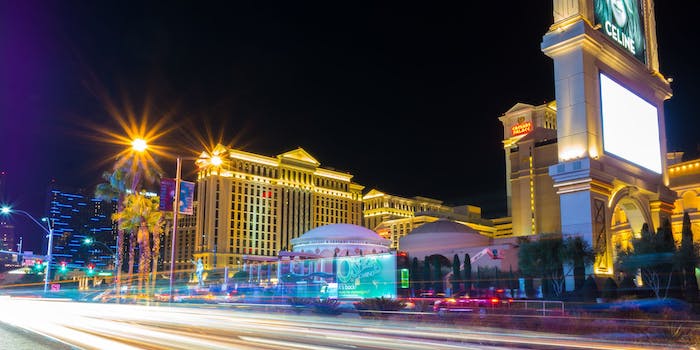 Trump's campaign sued even when election officials did their job and followed the law.

A Nevada judge on Tuesday tossed out a lawsuit brought last week by the campaign of Donald Trump, which had complained election officials at a Las Vegas polling location had allowed voters to cast ballots after a deadline.

Trump’s lawsuit is erroneous: Nevada state law dictates that voters who are already in line by 8pm—the deadline at the early voting location—must be allowed to vote, regardless of how long it takes. Trump’s lawyers had request from the court access to records from the polling location, Cardenas Market, images from which went viral last week depicting a record high turnout of Latino voters.

It is expected Latino voters will punish the Republican candidate heavily for remarks Trump made early on in his campaign, portraying Mexican immigrants as drug mules, criminals, and rapists.

My fourth-grade teacher used to give me this exact look when I gave her excuses for not having my homework. God bless Judge Sturman. pic.twitter.com/gzdpFyv8jW

“Have you watched Twitter?” Sturman said. “Do you watch any cable news shows? People can get information and harass them.”

The lawsuit has been used some news outlets to illustrate how, if Trump does lose the election to Clinton, he is unlikely to concede graciously.

Read the full report from Reuters.